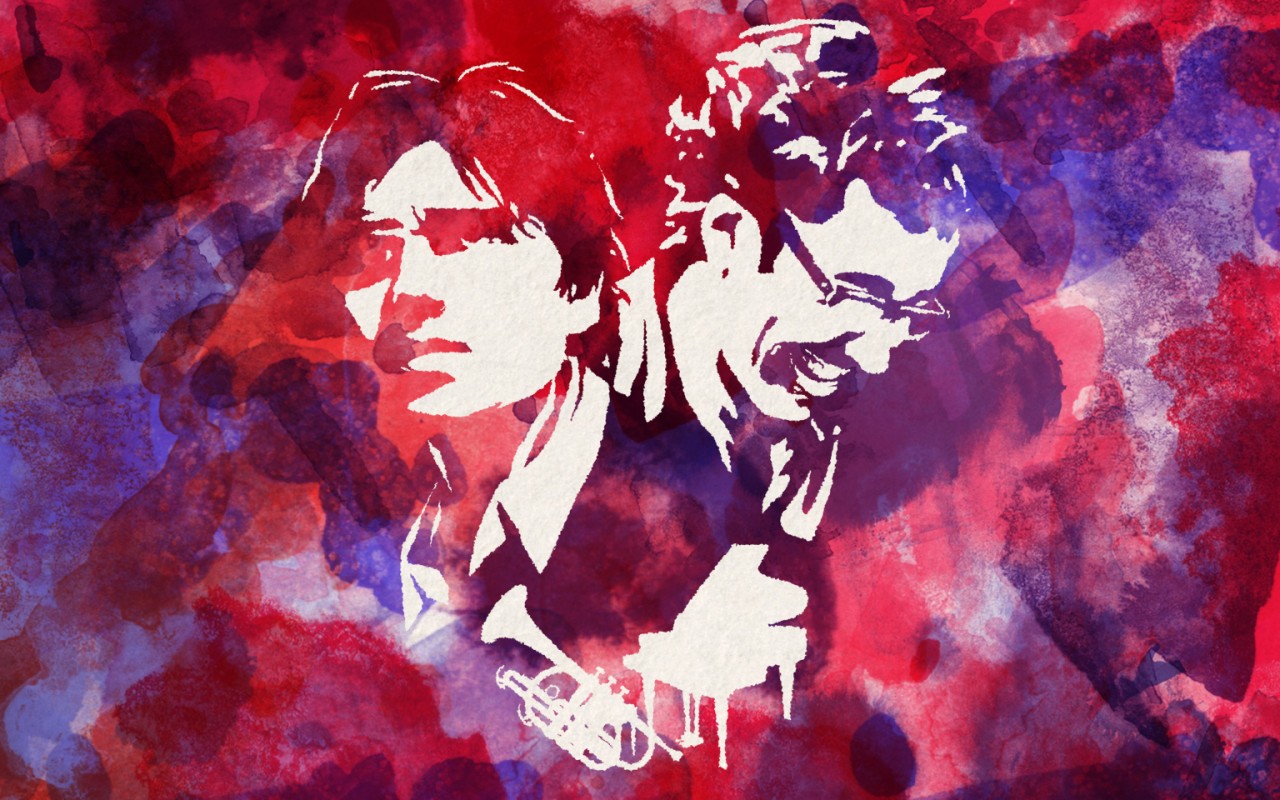 Pianist Dexter Goldberg and trumpet player Robin Mansanti perform Bill Evans, Miles Davis, Chet Baker and their compositions. On this occasion the Hotel Sacha converts its bar into a Jazz club and welcomes you Wednesday, November 7th from 8pm to 9.30pm.

Robin Mansanti is a young trumpet player and singer. He currently lives in Paris where he performs regularly. He played at the Petit Journal Montparnasse in residence for a week, at Sunset, Sunside, the Salt Baiser, Cave du 38 Riv ', at the Bellevilloise, at the Reservoir, etc ... He animates the vocal jam at Café Universel rue Saint Jacques.

Chet Baker played a key role in his career as a musician. Over time, other influences such as Bill Evans, Miles Davis and Art Pepper came together with Chet Baker.

Today, he develops, around standards, a game at once suave and bold where melody and lyricism are always present. It occurs more generally in the various Parisian jazz clubs. He has also been invited to Annecy, as part of the Annecy Jazz Club's 20th Anniversary, with Tom Mc Clung and Jean Bardy, for a concert honoring Chet Baker.

Excerpt from France Inter radio show L'HUMEUR VAGABONDE "Chet Baker thinks of his art": "A few years ago, at the age of 17, Robin Mansanti fell in love with Chet Baker, watching a video of his" Live at Ronnie Scott's ". That day, he decided to become a trumpet player. He learned to play on his own, or rather, with Chet: by watching how he pressed the pistons. It is a silent dialogue, a love story between a dead genius and a gifted young man, a story of companionship and admiration.

Born in 1987 in Paris, Dexter Goldberg is the son of parents professional musicians, he starts the music by the percussions and devotes himself very quickly to the composition and the improvisation. He did not come to the piano until he was 16, but he quickly developed his creative world. From 2007, he studied with Olivier Hutman, Misja Fitzgerald, won the 2nd prize of the Jazz springboard in Vannes. In 2010, he was hired by American saxophonist Ricky Ford (Charles Mingus, McCoy Tyner, etc.) for 2 CDs: "7095" (Harmonia Mundi) and the "Sacred Concert", he made his first tour in Morocco with the American drummer Sangoma Everett and guitarist Karim Addadi.

Dexter then joined CNSMDP (National Conservatory of Music of Paris) where he studied composition, piano and rhythm with Pierre De Bethmann, Dré Paellmaerts, François Thébège and Riccardo Del Fra. The same year he plays with the famous Benny Golson in the festival "The Tombées de la Nuit". In 2012, he recorded his third CD with his father in a quartet. (CD "Pure Imagination") and appears with various bands ("Ricky Ford Duo", "Robin Mansanti Trio," "BzH Crew" with Maxence Ravelomanantsoa, ​​etc.).

He won the 1st prize of the Conservatoire de Paris in 2014 and decided to form the Dexter Goldberg Trio. In 2015, he won the Jazz Award of Honor of the Leopold Bellan International Competition.

From then on, the talent of Dexter Goldberg continues to be revealed by the places or the partners who trust him ("Fresh Sound" device in 2015). Dexter also has intense sideman activity and is regularly called upon to play with American and French jazz musicians (Ralph Moore, Gene Perla, Steve McCraven, John Betsch to name a few).

The trio toured internationally in Montreal in 2015 and recorded the debut album "Shadows and Lights" which will be released in September 2017.

Dexter is also an accompanist at the ARPEJ and ATLA jazz school, he is a member of the Cap Ferret International Academy and gives improvisation classes.