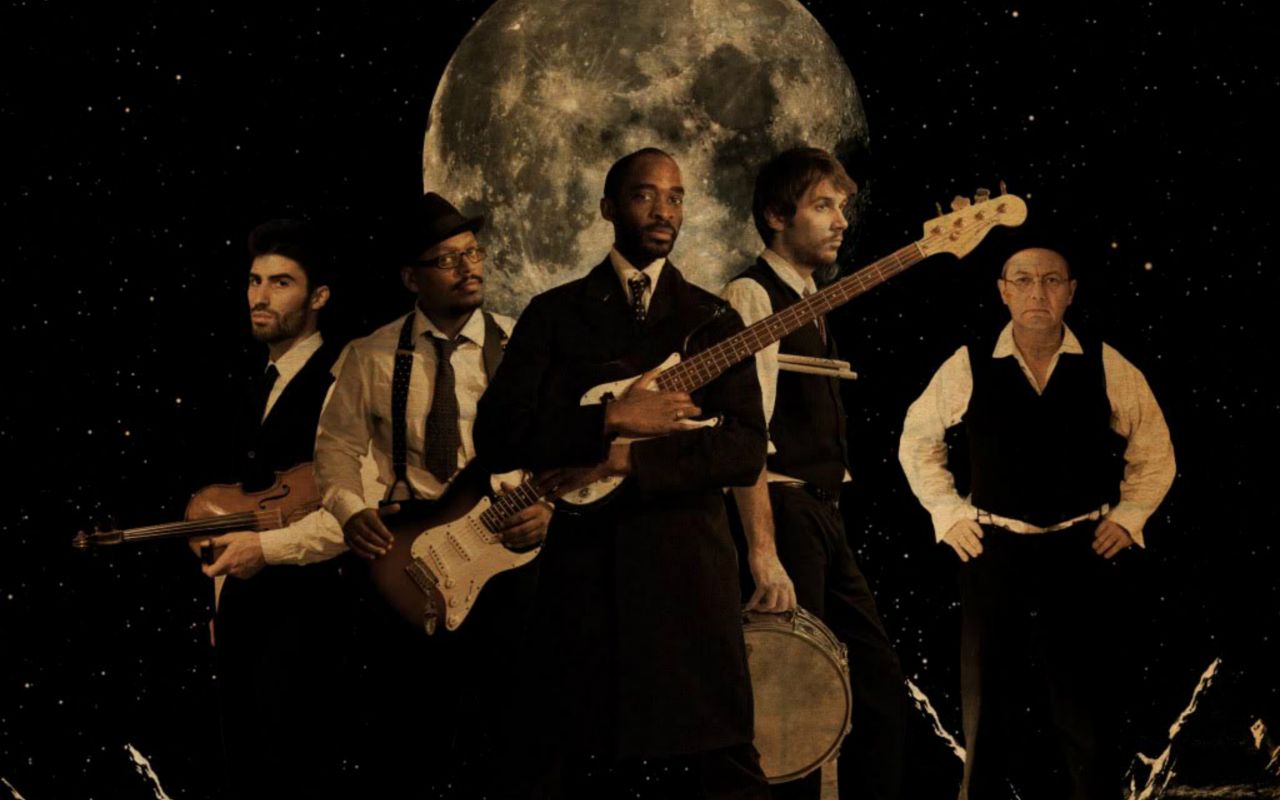 As part of the festival: French Quarter, Jazz in NYC 2020
More info about this festival
Share Tweet
Since 2008, the official date of the creation of the selenite sound, there has been no continent that has not heard the vibrations of Bibi Tanga's deep voice or the sounds of the futuristic-funk music of the Men of the Moon directed by the enigmatic Professor Unceasing. With more than 200 concerts given in Paris, New York, Dakar, Mumbai, London, Istanbul, Bangalore, Los Angeles, Bangui, Douala ... From Asia to America, from Europe to Africa, Thousands of bewitched landowners have danced to The Men of the Moon Strikes.

As the only French music band to sign with the prestigious "National Geographic" label, Bibi Tanga & the Selenites crisscross the world, producing a powerful hit after another. For 10 years, their music is present in our minds. From "Redwine" to "My heart beats the pound" and since the group's inception, the quintet has made its way onto many radio playlists, such as France-Inter, Nova and FIP.

Bibi Tanga & the Selenites have every intention of celebrating this anniversary by revisiting their classics. The Men of the Moon have assembled the most iconic titles for this special occasion and will also propose new versions.

You're not very wise when you're ten years old, and it's better that way, because in one or a hundred words, Bibi Tanga & the Selenites are back and it's going to move !