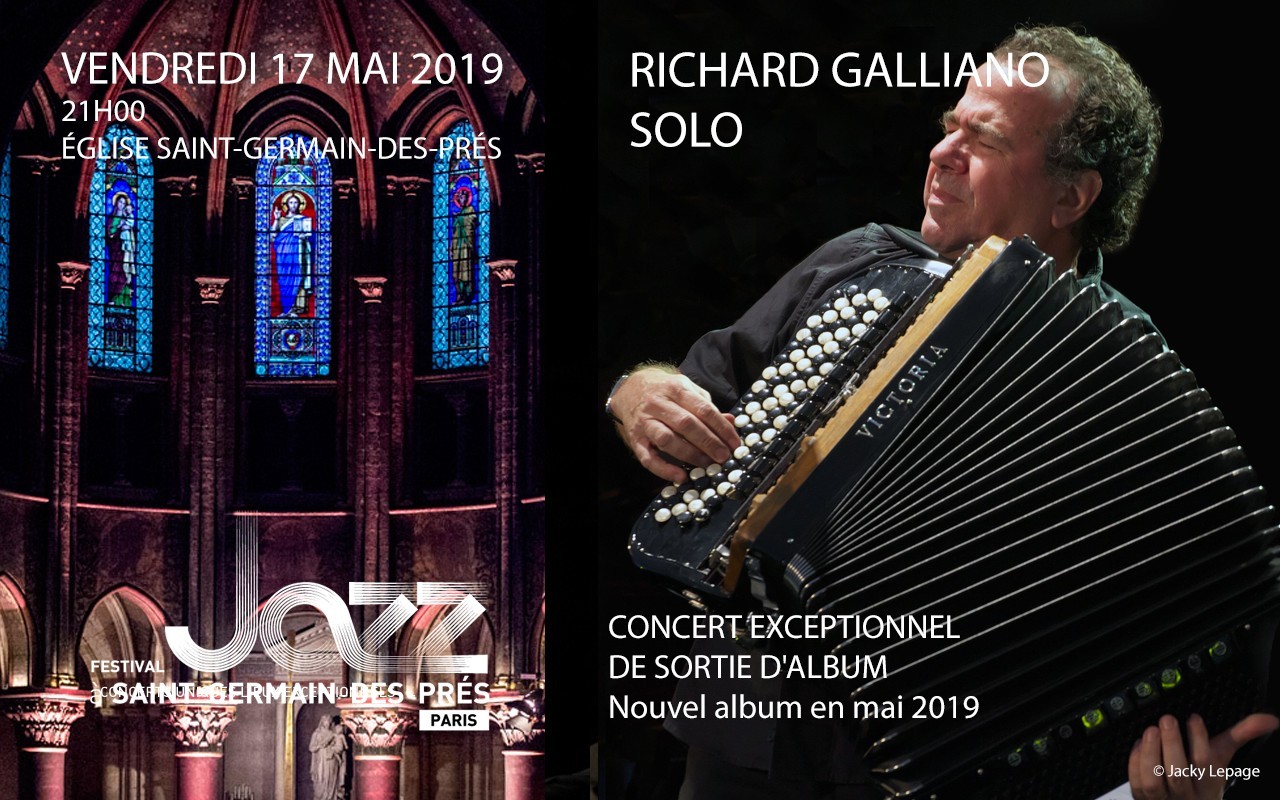 Richard Galliano is the uncontested master of jazz accordion worldwide. The inventor of “new musette” – a mix between jazz and popular music – has been feeding off French chanson and musette, American blues music, and Brazilian forro. In May 2018, the accordionist played three concerts in Tokyo, alone on stage with his precious Victoria, the accordion that was gifted to him by his grandmother on his fourteenth birthday, upon the advice of his father. Three nights whose intensity was such that it called for a live album, featuring a repertoire cherished by Richard Galliano that combined jazz and classical music. Valuing melody above everything else, he takes a thousand kinds of liberty: from Debussy’s Clair de lune on the barrel organ to a medley tribute to Michel Legrand, via a Mediterranean tango for his friend Claude Nougaro but also works by Chopin and Bach, and a nod to Brazilian music and the gifted accordion players born in this country. Richard Galliano offers us a lesson in improvisation and freedom.

To celebrate his career’s fiftieth anniversary, the virtuoso promises to keep the freshness of his latest album. And what could be more luxurious than the Saint-Germain-des-Prés church, which recently unveiled its beautiful décor, to host a concert both intimate and grandiose ?