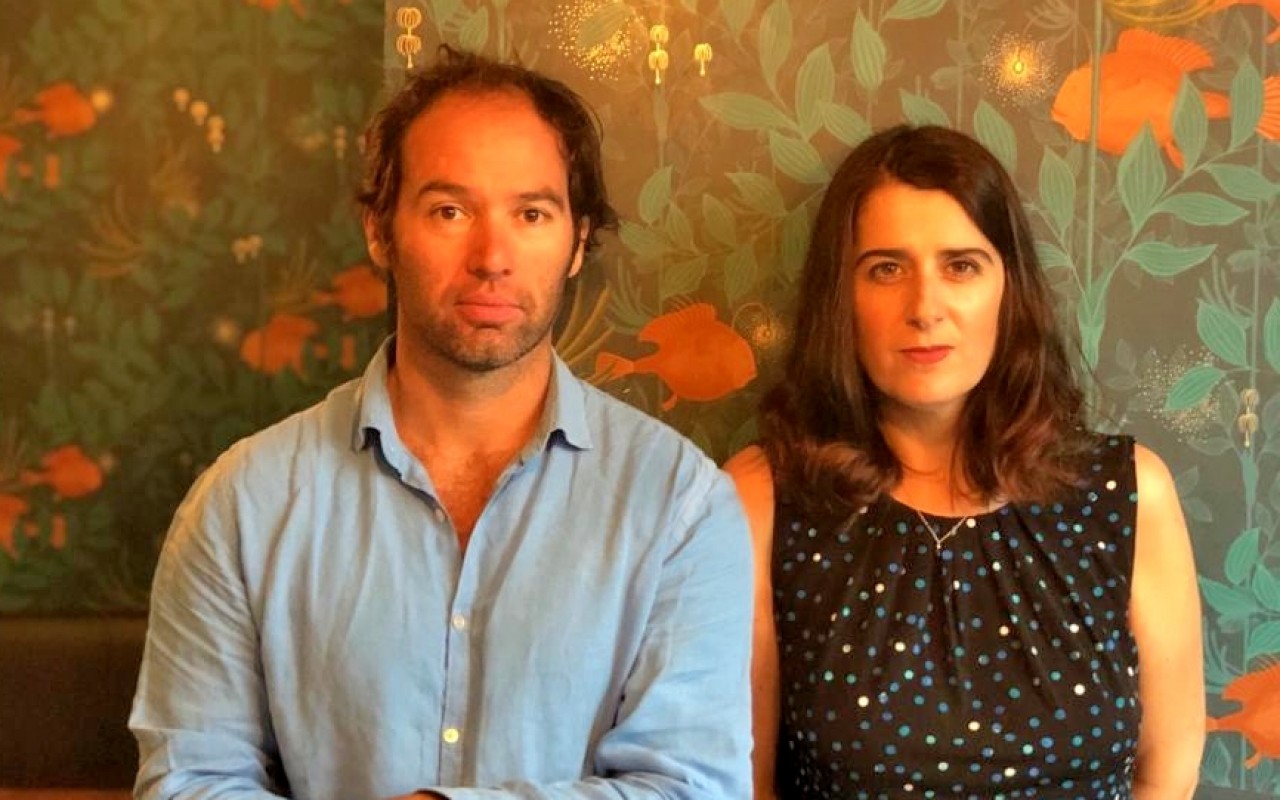 In this inventive duo where the two voices mix with both energy and nuance, Vicente & Marianna rehabilitate a repertoire of popular Brazilian music that is both poetic and original, beyond the standards of samba.

Benjamin Body on bass, Seb Pacreau & Derico Purificaçao filho on percussion, they have been performing for a year on the Parisian stages with a joyful and melancholy roda in the image of Brazilian saudade ...

When Vincent Muller, a guitarist trained in the Samba schools of Paris in Rio, meets Marianne Feder, an eclectic singer with the colors of both song and jazz, it is to share their travels and their passion for Brazilian music.

Each of them leads a career as a soloist in different musical families, Marianne Feder evolves in a world of songs & jazz where she rubs the artists Alexis HK, Daniel Yvinek, Toma Feterman, Romane ... and Vincent Muller in the Brazilian batucada and pagoda collectives like Aquarela.

After 15 years of playing and directing musical actions for the Musiterrians, the Philharmonie and the Festival de Banlieues Blanches, in 2017 they formed the duo "Vicente & Marianna".