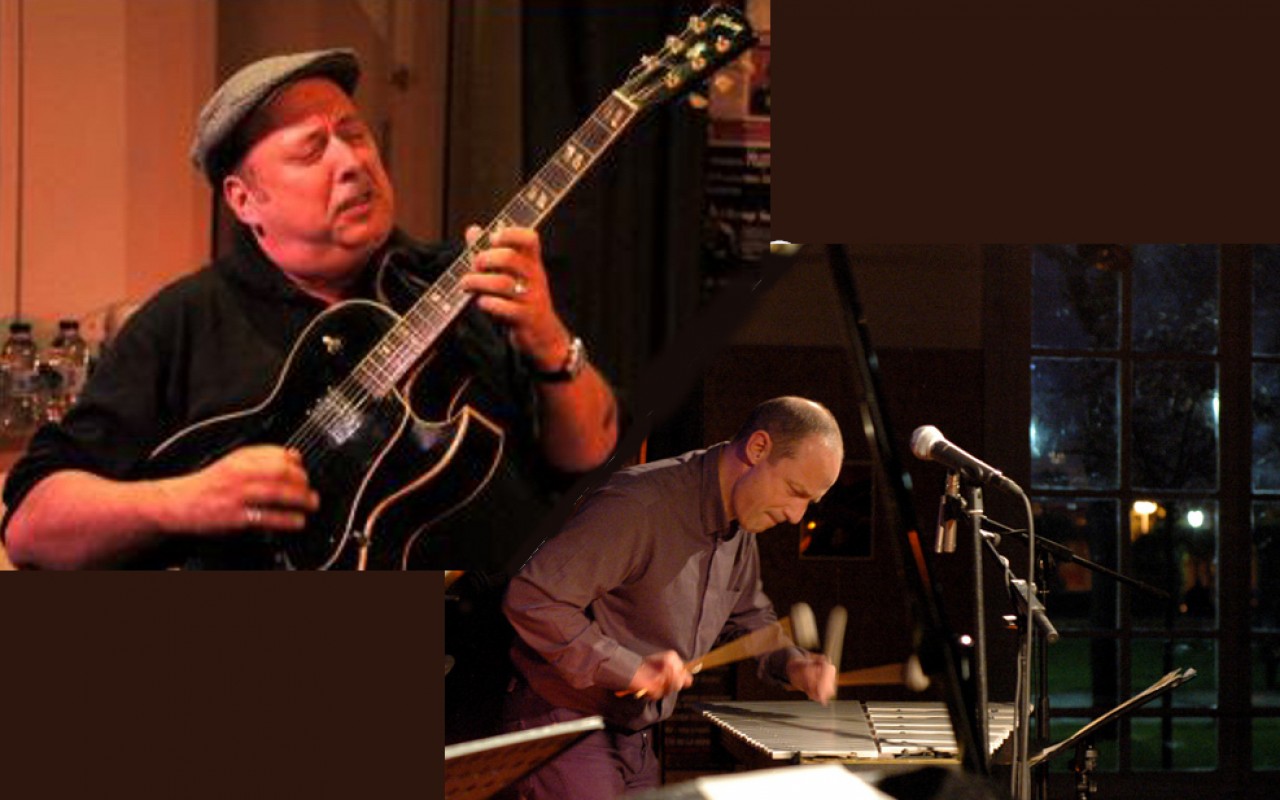 William Chabbey, a jazz guitarist, plays in a variety of styles, from blues to bop, and also plays his own compositions. He was very influenced by great guitarists such as Wes Montgomery and Django Reinhardt.
He was long under the rule of the great drummer George Brown.
He plays regularly in many Parisian jazz clubs and often performs at major jazz festivals, mainly trio. On November 9th in Saint-Leu-la-Forêt, he will perform in a quartet with, alongside him, the famous tenor sax Gilles Barikosky, who plays a game of great modernity, and the organist Guillaume Naud, who contributes to to put the organ back in the heart of jazz music.

Pascal Bivalski, jazz vibraphonist, is inspired by the great musicians of the tradition (Lionel Hampton, Milt Jackson, Gary Burton) and has developed a melodic style, wrapped in rhythm, and with a very marked swing.
With his quartet, he plays in the main Parisian jazz establishments and also in Eaubonne, as part of Eaubonne jazz, and Pierrelaye where he hosts concerts followed by jam sessions.
He has collaborated with internationally renowned musicians and also performs at jazz festivals such as Marciac and Vienna as well as during tours abroad (Poland, Germany).