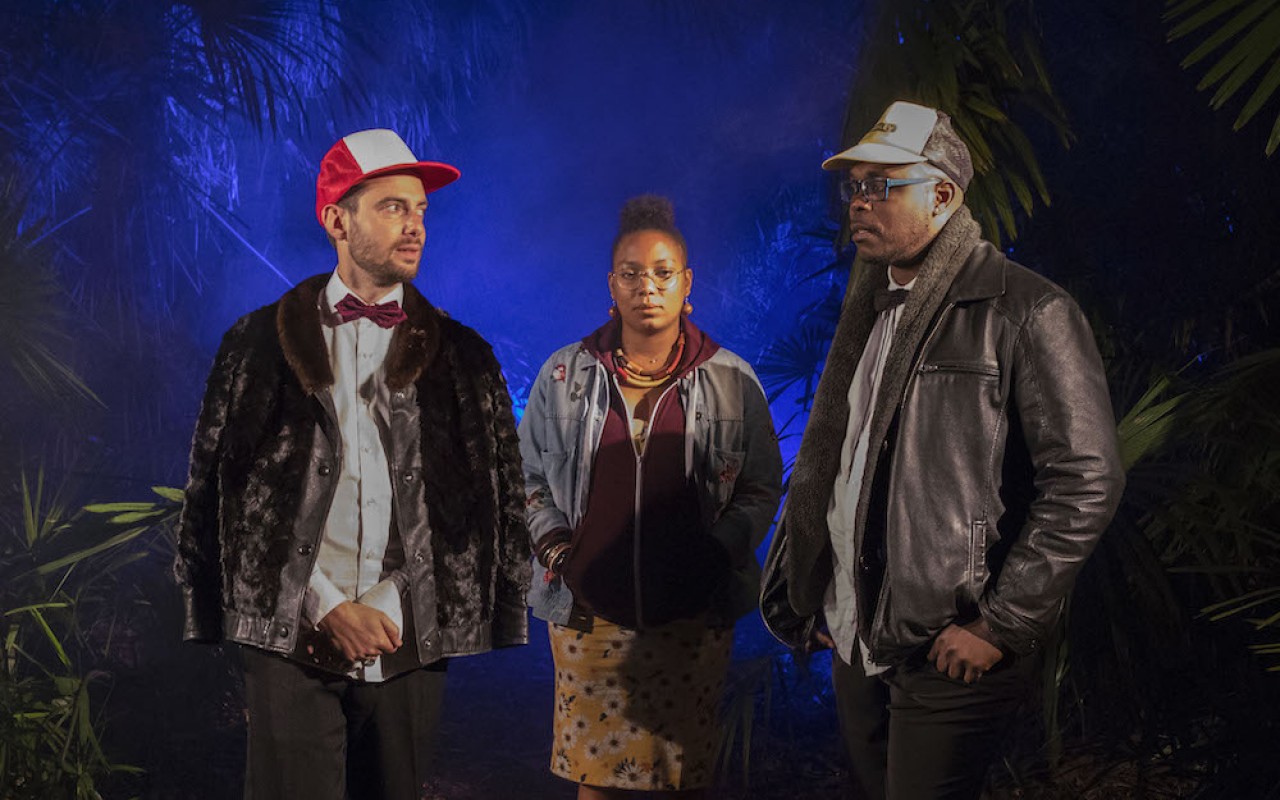 The innovative trio, Dowdelin, combines creole jazz with electronic music and Caribbean percussion: in the art of fusion, they knew how to mix the right formula. It all started with the experienced musician and producer, David Kiledjian aka Dawatile, and the Martinique-born, jazz-influenced singer, Olivya. Raphaël Philibert, a Guadeloupian saxophonist and multi-instrumentalist, joined forces the original, high-flying trio.
A must see!

James BKS in first part.
As heard on his single “Kwele,” James BKS's compositions draw on musical self exploration, moving between Europe, Africa and the US. A Rap producer for Snoop Dogg, Diddy, Soprano and Booba, before becoming a film music composer, he has worked with names such as Yves Saint Laurent, Prada and Giorgio Armani. The biological son of Manu Dibango, James BKS new project brings him back to his roots, mixing afro percussion with rhythmic rap and pop chords.hmes to rhythmic rap and pop chords.

Soulist is the creator and resident DJ of the “What The Funk” parties in Paris since 2003. Master of mixing styles, from disco, to soul, funk, hip hop or even latin music, the whole thing in a “UK Funky” spirit, his mixes have crossed a lot of great artists …