The jazz singer and guitarist David Adom invites you to jam 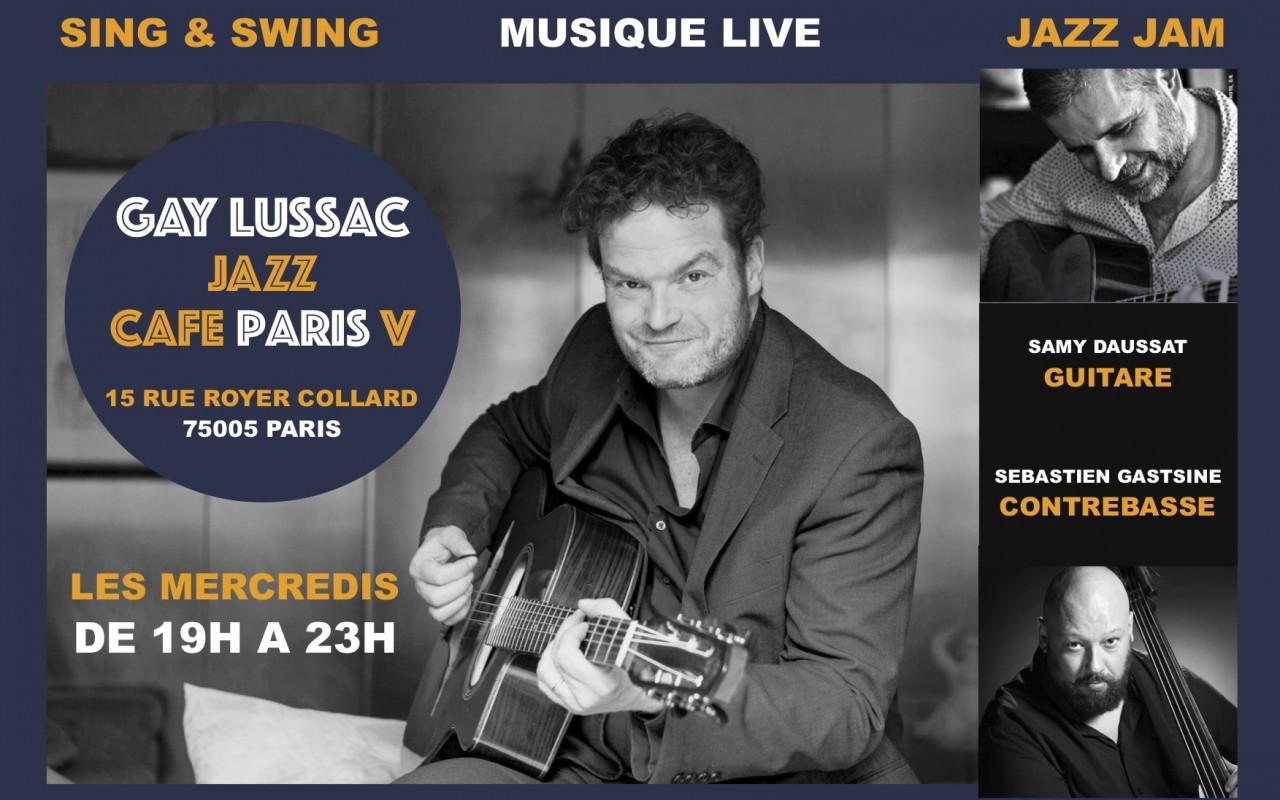 In a beautiful Bistrot Rive Gauche next to the Luxembourg garden and the Pantheon, jazz guitarist and singer David Adom and his orchestra organize "La Jam" every Wednesday.

David begun his musical journey at the age of 15, when he took his first guitar lesson.

He soon discovered that he had another instrument all along, even better tuned: his voice.

He started singing sacred music as
a tenor and, at the same time,
he performed in small Parisian scenes his own compositions.

Musical collaborations brought him a new repertoire: Jazz and Swing.
He had found his way.

He recorded a live album in Paris
at "Le Petit Journal Montparnasse", a historical jazz club.

David deepened the gypsy guitar style. He is now the singing teacher at the "Swing Romane Academie", the Paris' Django Reinhardt music school.

David Adom is considered as
a joyful and popular entertainer.
His energy and virtuosity appeal to jazz fans as well as to all of those who discover this style of music!

With a surprising vocal ease from low to high pitch, he carries a double repertoire: the classics of the genre and his personal compositions.

David Adom, a unique voice, sincere and passionate, a modern jazz singer with a taste of black and white.