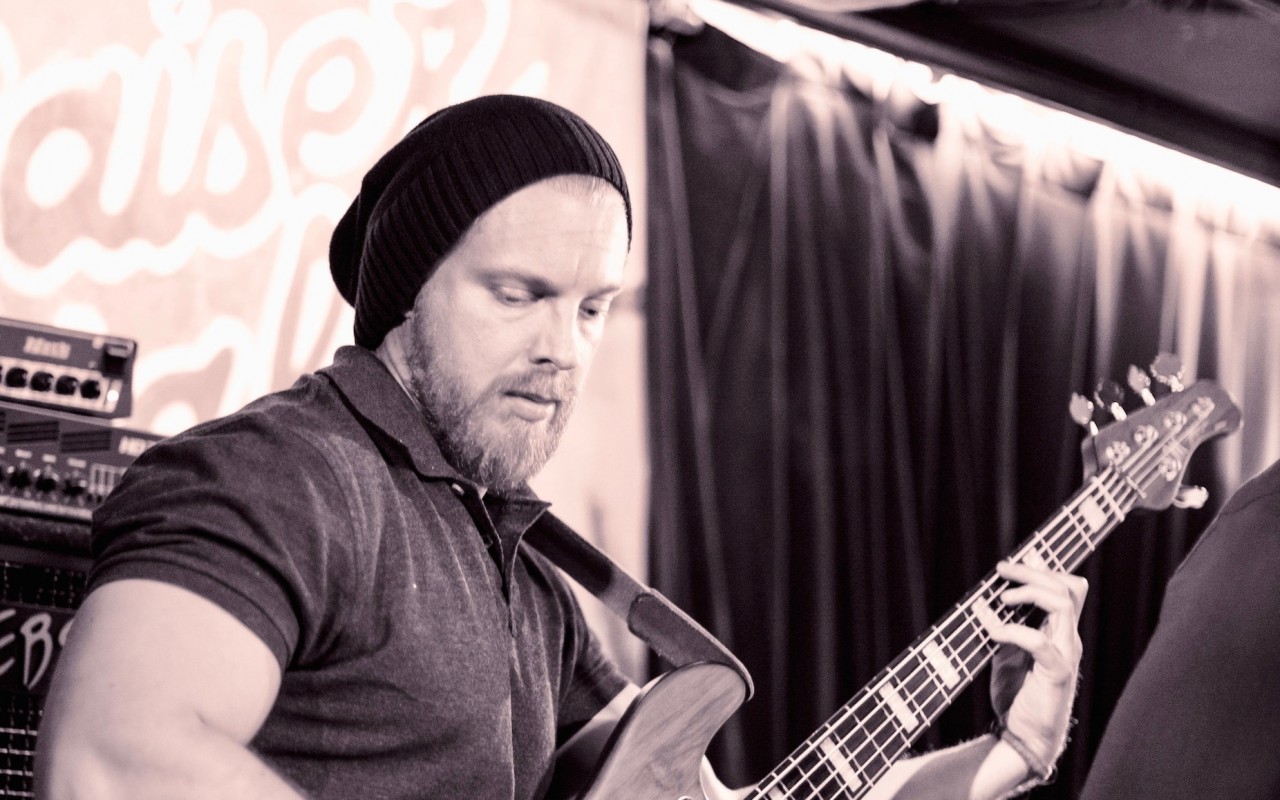 In the early 2000s, on the advice of Biréli Lagrène, Jim and Jon Grandcamp met Hadrien Féraud in Paris. It is on the stage of the Baiser Salé that the musicians begin to play together, notably alongside François Constantin at the jam on Monday evening and that the trio naturally forms.
3 musicians of the same generation, with the same gnaque, the same desire, the same fervor and above all a breathtaking musicality.

Bass virtuoso, Hadrien Féraud collaborated with John McLaughlin, Chick Corea, Billy Cobham, Gino Vannelli, Jean-Luc Ponty, Biréli Lagrène, André Ceccarelli, Sylvain Luc to name a few… Navigating between Los Angeles and Paris, Hadrien brimming with projects, desires, initiatives and in Paris, it is always on the stage of the Baiser Salé that he stops to experiment and create.
Jim Grandcamp has a love for improvised music and live music. Swift and subtle, Jim is a musician who touches the heart. Its flights sublimate the bass / drums rhythm and transport the audience each time.
Jon Grandcamp demonstrates an instinctive and flamboyant subjectivity. He develops a colorful game, very influenced by African music and rhythms. His batter language is dictated by percussion, influenced by his numerous concerts alongside Sandra N'Kaké, Emma Lamadji, Cheick Tidiane Seck, Fatoumata Diawara, Blick Bassy ... the game of "dads" as he calls them Mokthar Samba, Paco Sery ...