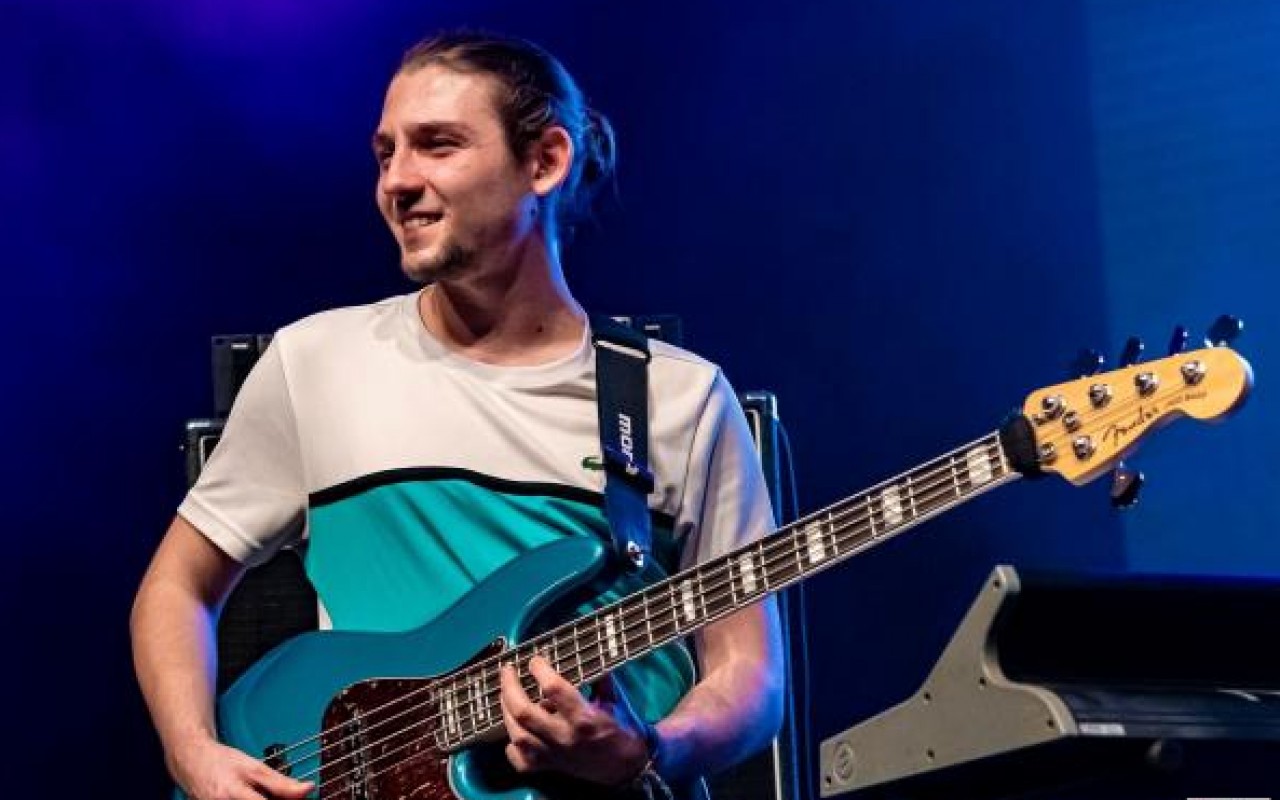 As with many of his gifted cronies on the current London scene, don't ask Kamaal Williams if he's playing jazz. The self-taught musician and producer plays keyboards like drums, his first instrument, and creates his own music; free, spiritual and multicultural. He composes and plays to the frenetic rhythm of the South London jungle and its clubs inspired by the codes of jazz funk, street art, Arabic music, Asian calligraphy, reggae, hip-hop, acid jazz, garage house or dubstep.

Noé Berne joins the team of #PlaceAuxJeunes jam sessions for the 2020/2021 season and is once again interested in a 5-star line-up, the cream of the young generation. Born into a family of musicians, Noé studied jazz guitar from a young age at the Vienna Conservatory then at the ENM in Villeurbanne, then also turned to bass at the CNR in Lyon. He is notably part of the SUPA DUPA group with which he will perform on many stages and will share the stage with Orelsan, Lomepal, IAM, Chinese man, Electro deluxe ... At the same time, he is developing more and more on the Parisian scene and quickly join the group of young guitar prodigy Tom Ibarra, with whom he went on tour in China and Guyana. He also collaborates with many artists or groups: Nemir, Lord Esperanza, ONL de lyon, Thomas de Pourquery, David Linx, Anne Sila, Ryan Kilgore, The Buttshakers, Charlie and the Soap Opera ...