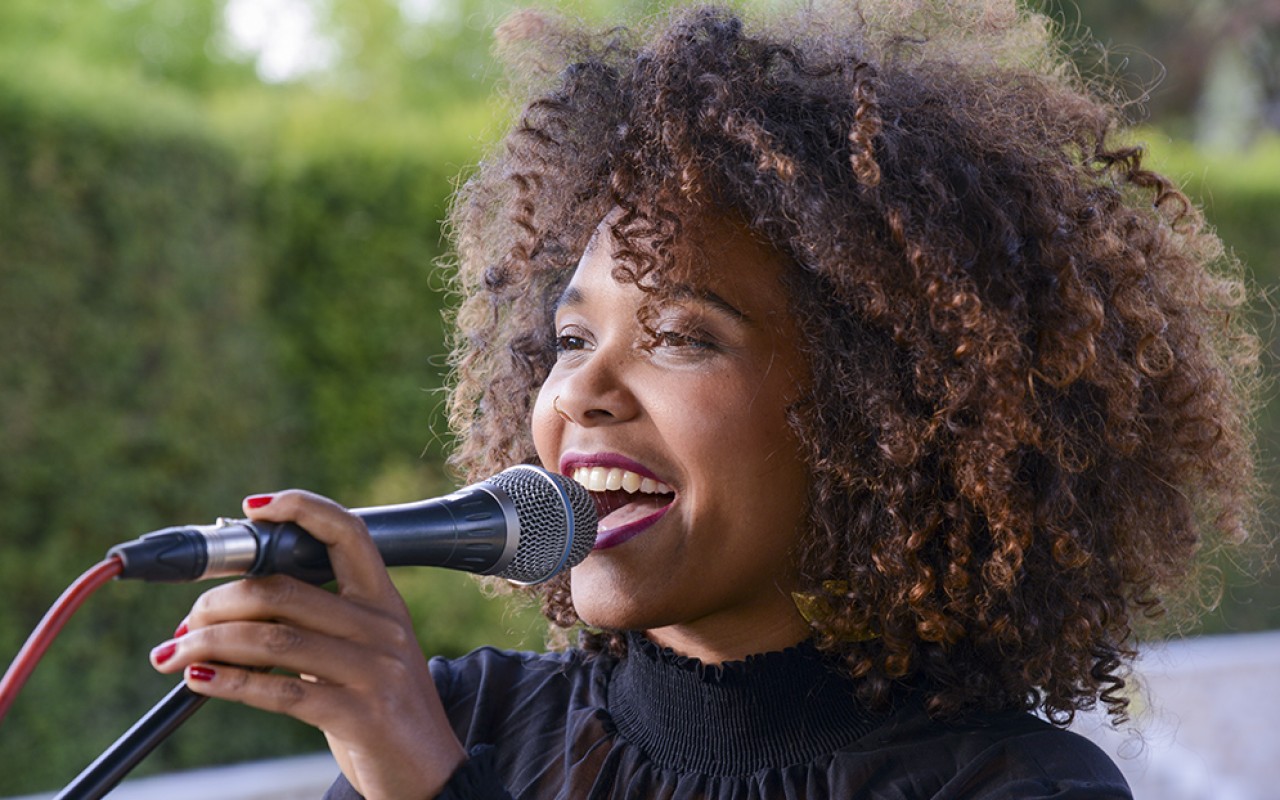 The voice is for her an instrument in its own right, which also has the power to speak and to tell stories. Between compositions and soul, electro and jazz covers, she takes you into her world.
Coming from a family of musicians, Cynthia Abraham began by studying the transverse flute and the piano, but her passion for singing quickly took hold. After a solid classical education, Cynthia studied jazz and graduated from the Didier Lockwood Music Center. She then scours the Parisian jazz clubs and numerous encounters allow her to open up to other repertoires: gospel, soul, or even world music or song. In 2015 she released her first album “Petites Voices” with her compositions and leads several projects as a leadeuse. At the same time, this young singer has acquired a great deal of experience alongside very different artists: Anne Pacéo, Pierre De Bethmann, Karl Jannuska, Camille, Munir Hossn, Christophe Walemme, Gospel pour 100 votes, Émanuel Djob, Selkies ... In 2018 in Africa from the South, she won first prize at the Unisa International Voice Competition and in 2020, she released an album with her siblings of musicians "ABRAHAM RÉUNION".