10 years of wandering around the planet. 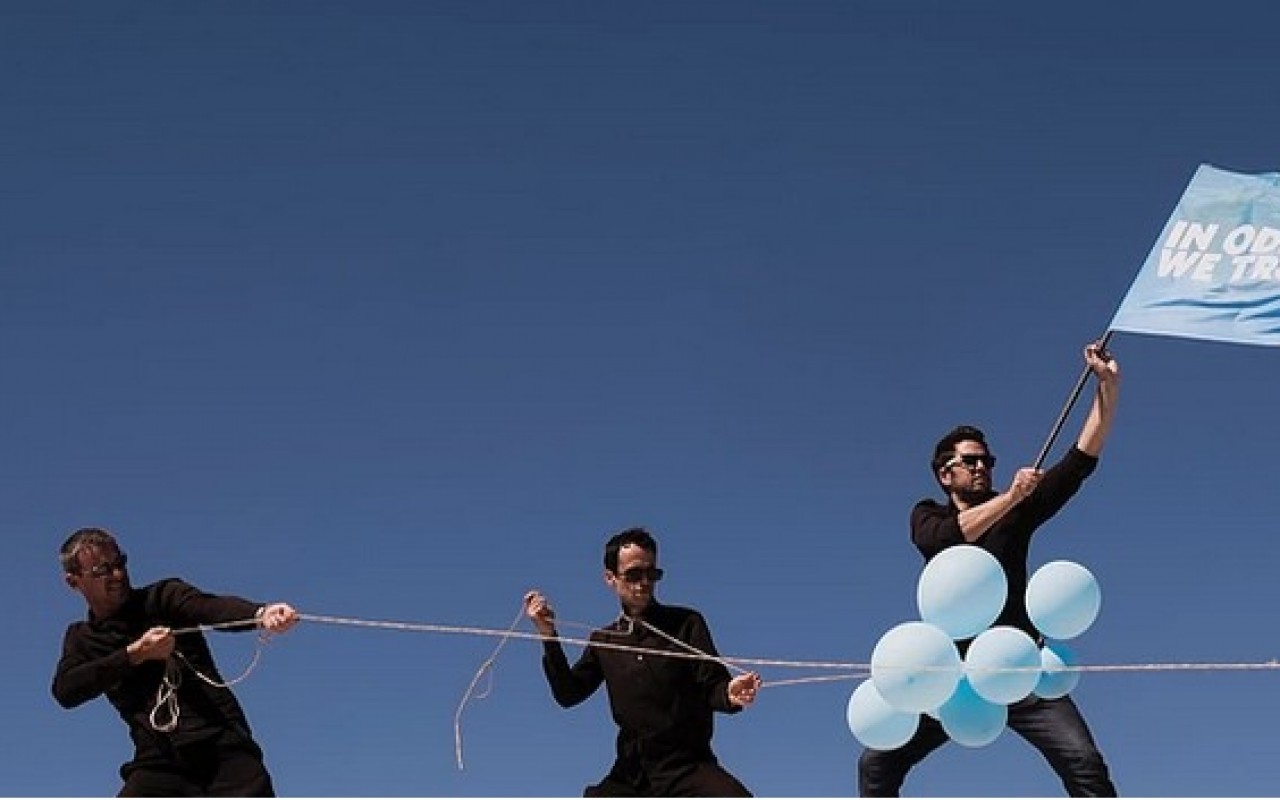 Rémi Panossian Trio releases a fifth album In Odd We Trust (We believe in the strange) and celebrates 10 years of wandering around the planet.
In ten years, with more than 300 concerts outside of France, this trio has become the emblem of French jazz abroad. Rémi Panossian, founder of the group, is named Chevalier des Arts et des Lettres at the end of 2019 (!); a crowning achievement for what remains above all a band of mischievous friends, constantly oscillating between the second and third degree, like the cover of this fifth album, close to the universe of Wes Anderson. We can no longer distinguish what is predictable from what is not, what is expected from what surprises, as evidenced by their music which juggles between setups and improvisations, never far from burlesque but without ever falling into it. The RP3 is also and above all melodic riffs that come in by one ear and never come out. A music with a groove chiselled like haute couture, and a deep lightness in the compositions and arrangements, punctuated by a Sound that has become a signature, in the line of the great trios that have redesigned the exercise of the formula piano / bass / drums in recent years (Bad Plus, E.S.T., Avishai Cohen ...).

RESERVATION PARTICULARLY RECOMMENDED BECAUSE OF THE COVID PROTOCOL19