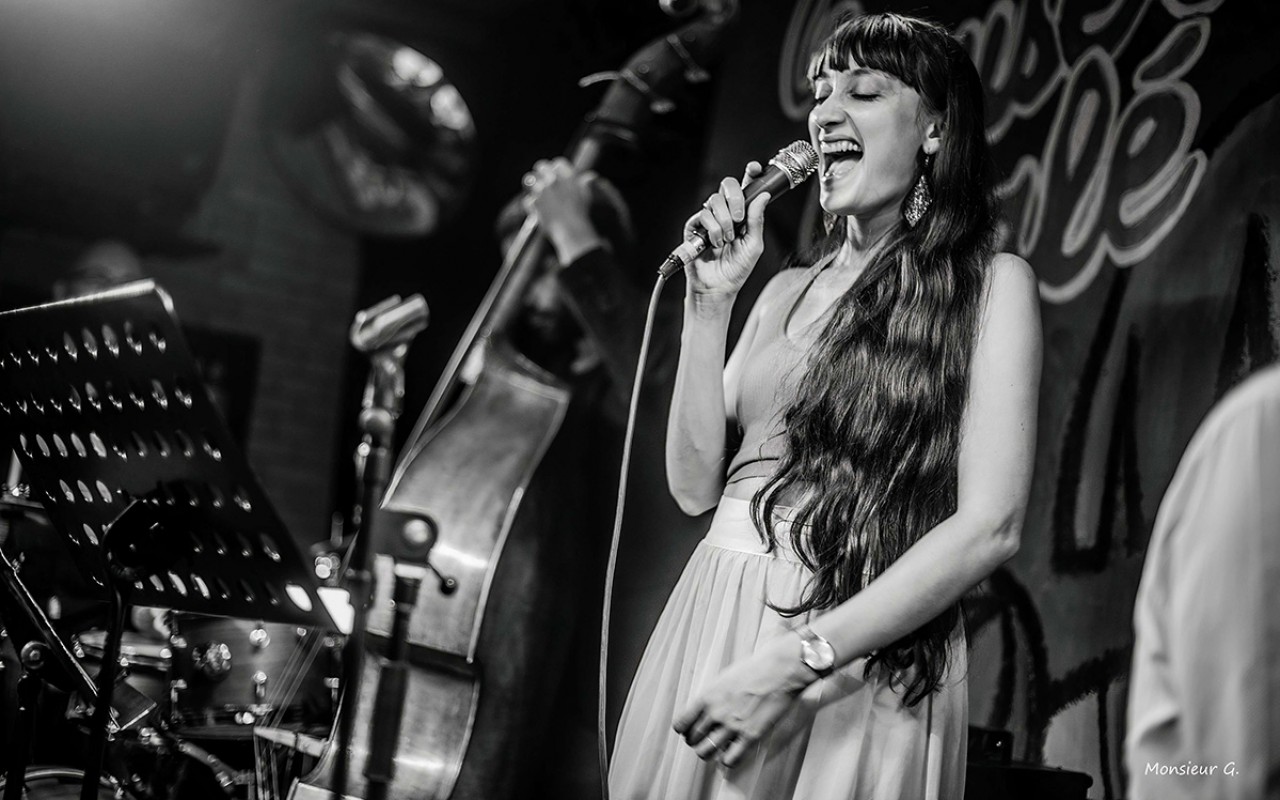 At the Baiser Salé, we take advantage of the summer to spend festive musical evenings at the Jam Estival Festival, from July 17 to September 2, 2021, every evening from 9:00 p.m. free entry. More than a simple concert, the jam is an opportunity to discover outstanding musicians, to see them having fun improvising together. It is the feeling of participating in a unique moment. One hour of concert lays the foundations and launches the theme of the evening in homage to an artist then a jam took us until the end of the night.

Icon, idol, model... An emblematic figure of 20th century jazz, Nat King Cole was a committed musician, considered one of the greatest singers of jazz but also of Latin American music.
"He was tall, very handsome, very black, with a unique voice, still beautiful. When he sang, he wasn't really a singer, he sang the way he liked to sing, it was less rough than some jazzmen, but it swung just as much. "Claude Carrière

Caloé sings, improvises, and loves juggling with words. A fervent admirer of Sarah Vaughan, she studies scat with precision and technique to master it in her own way. It's going to swing tonight on the Baiser Salé stage!