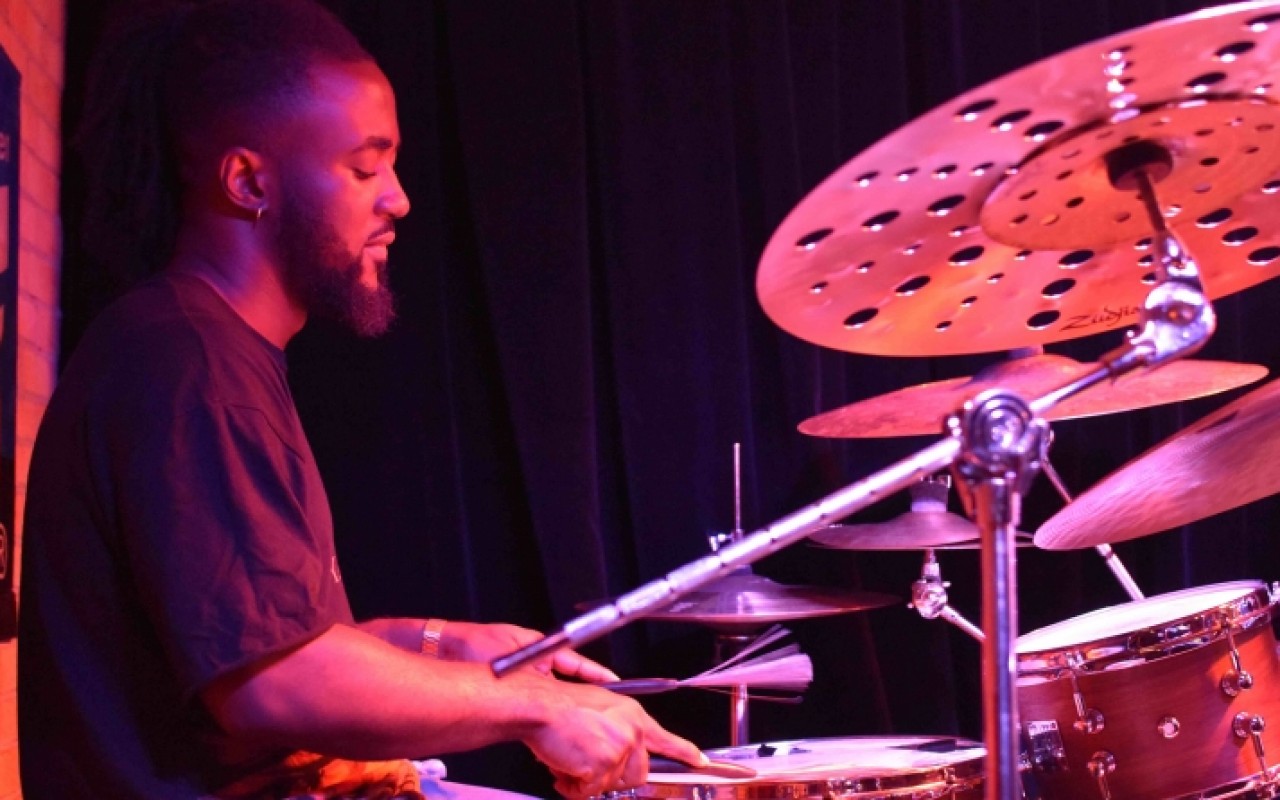 "Sinatra is God" is the phrase she wrote in marker on the buttocks of her jeans. She was 17 years old. In 2003, Amy Winehouse recorded her first album, which she called "Frank", in homage to Sinatra. In 2006, she gave birth to the album "Back to Black" which made her a world star... A voice that follows in the footsteps of the great jazz singers, from Billie Holiday to Sarah Vaughan, via Dinah Washington and Amy Winehouse, has left its mark on the 2000s with its timbre and musical erudition.

Dharil Esso, drummer and son of musicians, has already attracted the attention of many big names such as Etienne Mbappé, Alune Wade, Ray Lema...

Cosmopolitan jazz musicians, don't hesitate, this jam is made for you!

At the Baiser Salé, we take advantage of the summer to spend festive musical evenings at the Festival Estival de Jam, from 17 July to 2 September 2021, every evening from 9pm onwards with free admission.
More than a simple concert, the jam is an opportunity to discover outstanding musicians and to see them having fun improvising together. It is the feeling of participating in a unique moment.
The first hour of the concert lays the foundations and launches the theme of the evening as a tribute to an artist, then a jam takes us to the end of the night.