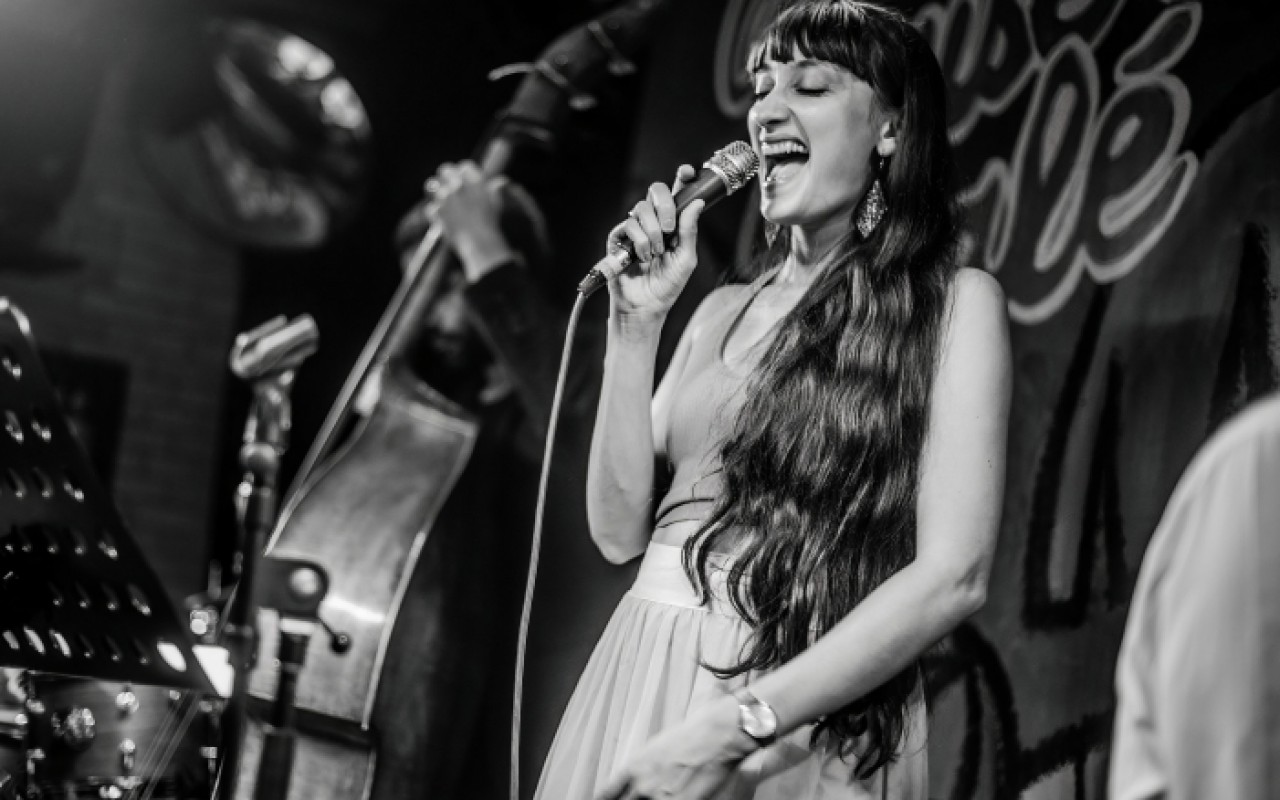 "A little slap in the face", Jazz News

American trumpeter and songwriter, Louis Prima has made his mark with music that showcases his extraordinary personality! Nicknamed "King of the Swingers", he was part of several orchestras and big bangs from the 1920s to the 1960s.

This impressive showman had a considerable number of hits, the most famous of which are "Sing, Sing, Sing" and "I'm Just A Gigolo". With his devastating sense of humour, he was one of the stars of American popular music for 20 years, from Las Vegas to television variety shows. Caloé sings jazz, improvises, interprets music from different cultures and writes music and words.she is a fervent admirer of Ella Fitzgerald and studies "scat" with precision and technique to master it in her own way.always surrounded by excellent musicians, she performs in France and abroad. Caloé has played in many places such as the Tribeca Arts Center in New York, the Zinco Jazz Club in Mexico City, the Cosmopolitan Hall in Oslo, the Fashing Jazz Club in Stockholm and various European festivals.