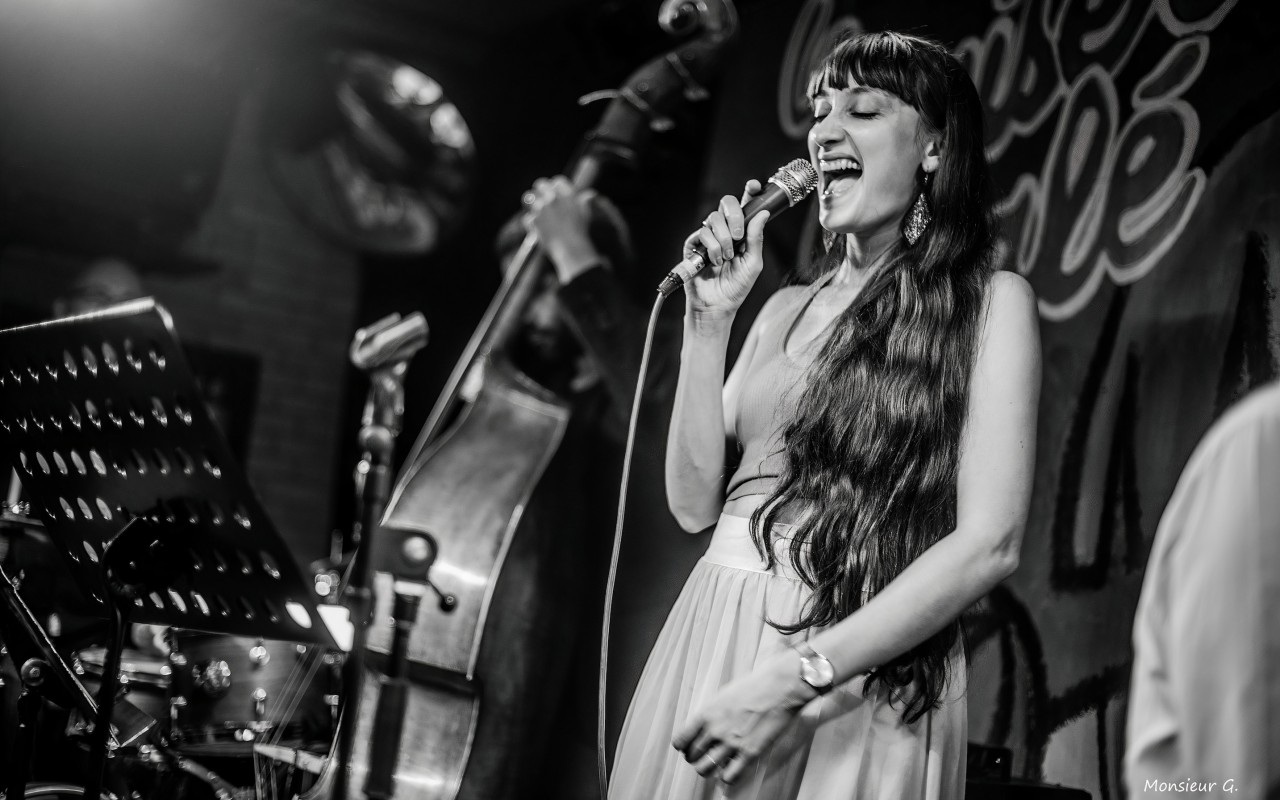 “Caloé is one of the happiest revelations of recent seasons”, Jazz Magazine

Initiated at a very young age to keyboards, outstanding drummer and harmonica player, Stevie Wonder revolutionized black American music and rock as well. Four albums were enough for him to establish himself as an institution of soul. Alternately avant-garde and pop star, leader and backing vocalist, Stevie Wonder is almost omnipresent in music from the 70s to the present day.

A fervent admirer of Ella Fitzgerald, she studies "scat" with precision and technique to master it in her own way.

Always surrounded by excellent musicians, she performs in France and abroad.
Caloéa performed in many places like the TribecaArts Center in New York, ZincoJazz Club in Mexico City, Cosmopolitan Hall in Oslo, FashingJazz Club in Stockholm and various European festivals.