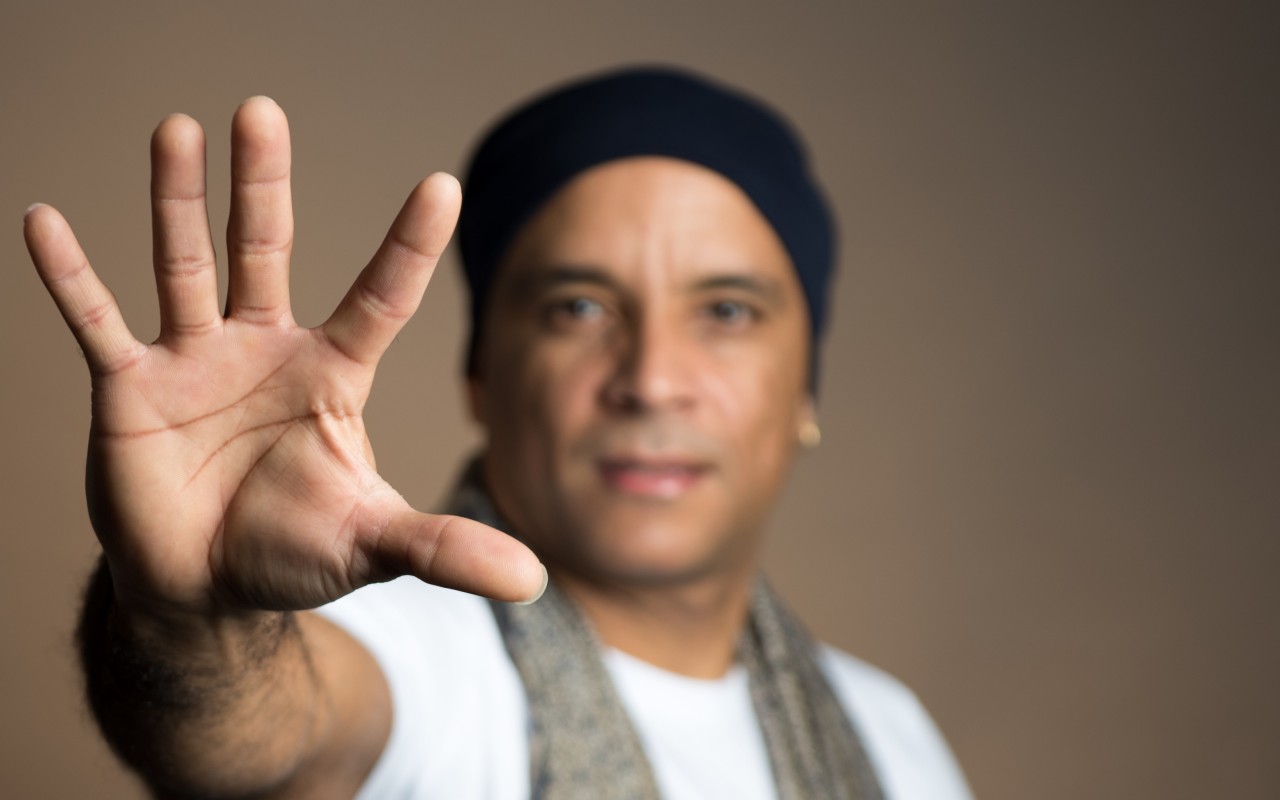 Born in Havana in 1972, Joel Hierrezuelo Balart grew up in the family musical world. Lorenzo, Caridad and Reynaldo Hierrezuelo are his great uncles, but it is especially his father who shows him the way of percussion from an early age. He studied guitar and singing, at the age of twelve he began to sing and play in amateur groups. The Cuban singer, percussionist and guitarist reveals to us after Zapateo Suite: “Así de simple”, the second album of his quintet project: a musical walk to meet Jazz and world music. His personal vision of music shapes Cuban codes and makes them evolve into his own musical language. His inspiration draws from his Afro-Cuban roots, influenced by his long musical journey and his various collaborations with figures such as Alfredo Rodriguez y Los Acerekó, Roberto Fonseca, Omara Portuondo, Amadou and Mariam, Africando, Mayra Andrade, Salome de Bahía , Line Kruse, Gilles Peterson, Yonathan Avishai, Fatoumata Diawara, Africando and Anga Diaz among many others.