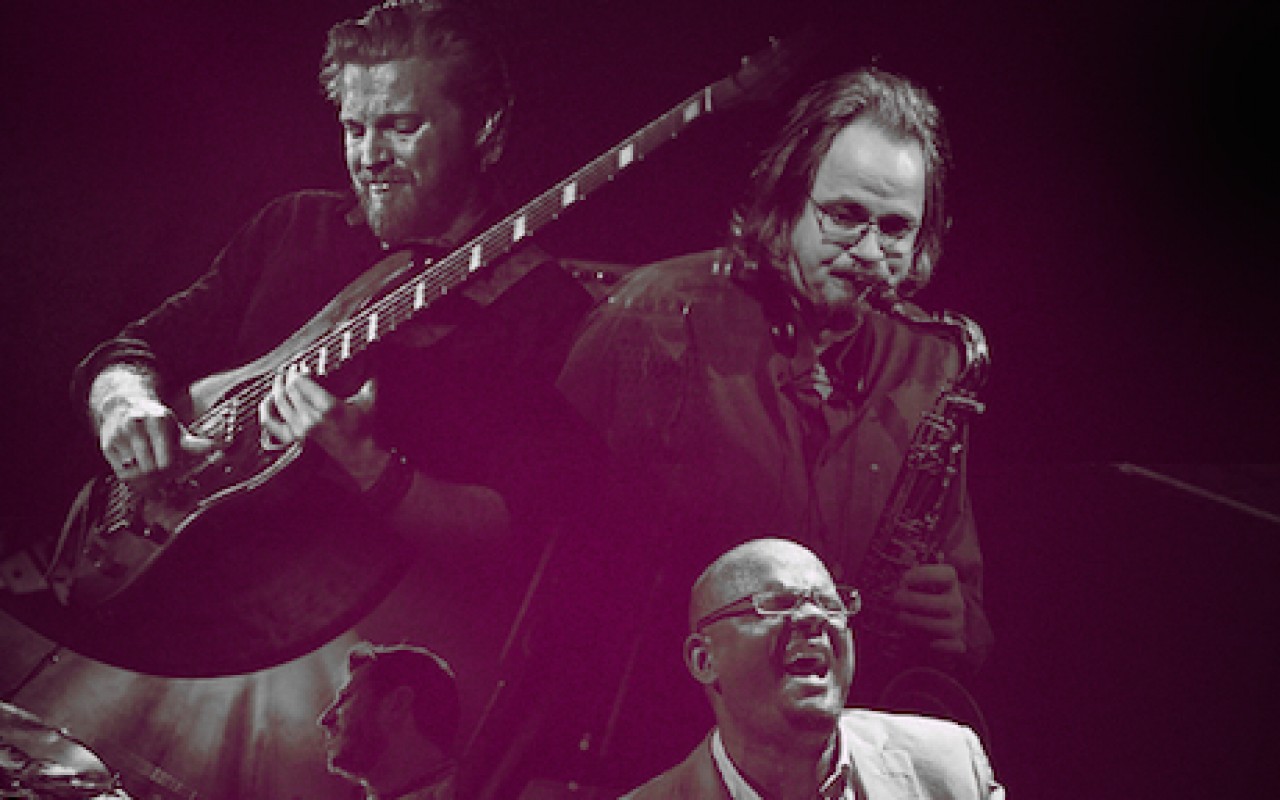 A 4-star line-up for the rebirth of a project that started ten years ago. Excellent musicians, sought-after sideman, they have each travelled the world alongside the greatest.

Hadrien Féraud is one of those bass virtuosos whose talent is a slap in the face. He has played with John McLaughlin, Chick Corea, Gino Vannelli, Billy Cobham, Jean-Luc Ponty, Biréli Lagrène, André Ceccarelli and Sylvain Luc, among others, and sails between Los Angeles and Paris. Nicolas Viccaro, recently named one of the 30 best drummers of the last 20 years by Batterie Magazine, is currently on tour with Etienne Mbappé, Mike Stern & Bill Evans! "The clarity of his playing, underlined by an outstanding technique, is unanimously appreciated. But apart from the theory and the choice of score, it is his interpretation and the soul infused into each of his strokes that hit the nail on the head and place him above his counterparts." Batterie Magazine (Summer 2021). An inventive musician with a breathtaking technique, Stéphane Guillaume is not lacking in soul. In 1994, he joined the ONJ directed by Laurent Cugny and this was followed by the Django Reinhardt prize for best French artist in 2009, albums such as "Windmills Chronicles", crowned best album of the year by the Académie du Jazz, and dozens of collaborations... Ten years later, they are joined by Jerry Léonide, a Mauritian pianist, winner of the Montreux Jazz Festival's Piano Solo competition, a brilliant instrumentalist, an inspired melodist, and a jazzman of boundless energy.

This magnificent line-up of artists has a great evening of jazz in store for us. Expect long moments of improvised trance that speak to us of pleasure. This is jazz, yes, but a renewed, invigorating, sometimes surprising jazz, played by virtuoso musicians nourished by multiple influences.

The Baiser Salé, considered by many musicians as a laboratory, makes its stage available for creation and emulsion, to give life to this high-flying quartet.