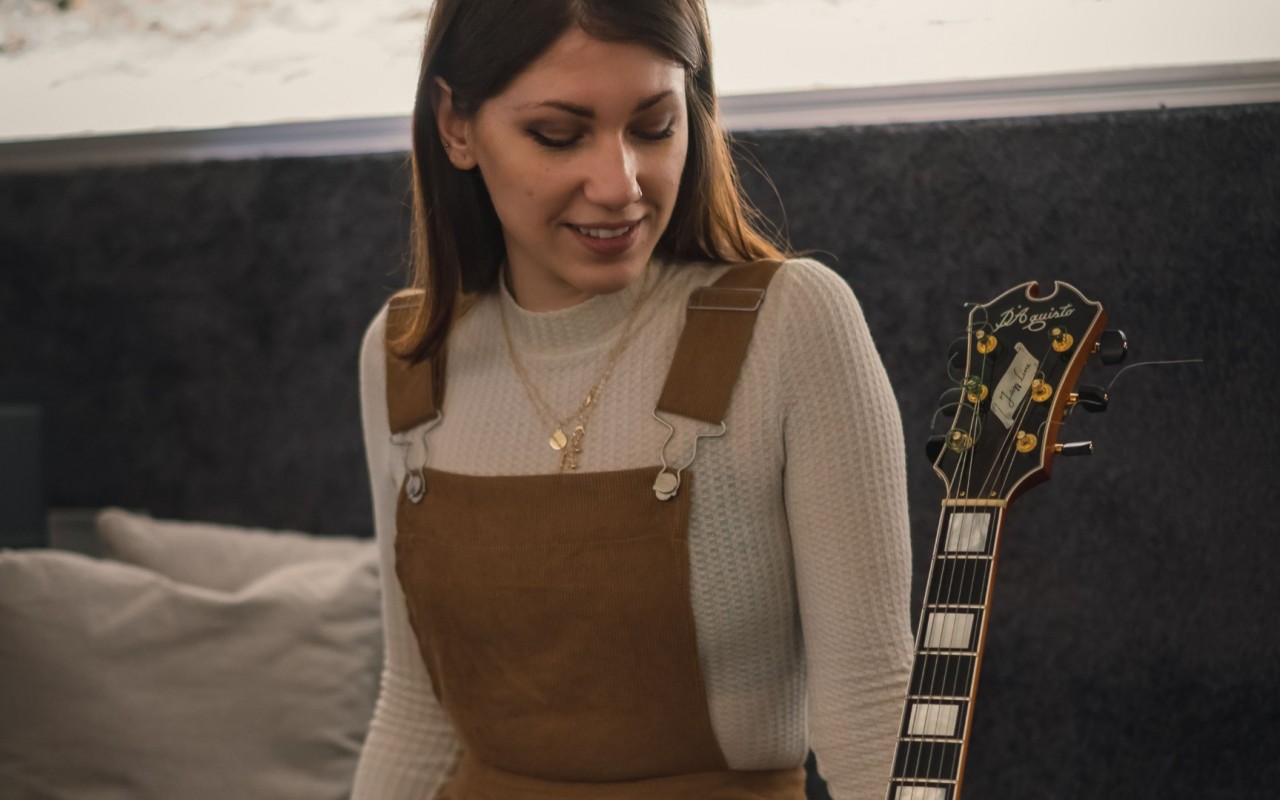 Katia Schiavone is a young jazz guitarist trained in Naples, where she grew up, and during the many trips and cities where she has lived, including London and Paris, where she currently lives. She has several projects to her credit, including her trio with which she performs in clubs in Paris, Italy and elsewhere.

For this concert she will be accompanied by two excellent musicians, Luca Fattorini on double bass and the young Danish drummer Malte Arndal, and a special guest, the beautiful Estelle Perrault on vocals. The band will play a selection of compositions and pieces by the American jazz master Barry Harris, who passed away last December.