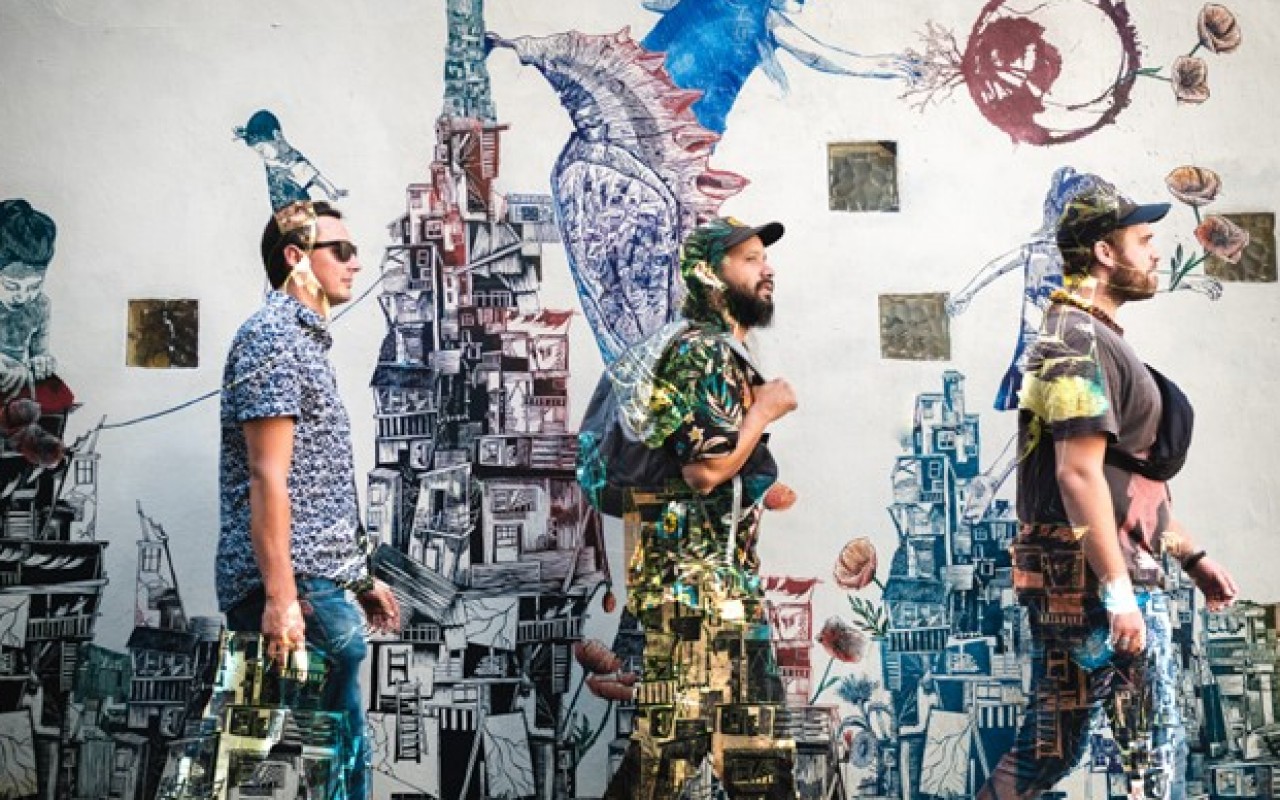 In only three years, an EP and a critically acclaimed first album ("Echo", 2020) the trio Coccolite has made a place for itself in the landscape of emerging bands. Each one bringing his stone to the projects of the two others, the keyboard player Nicolas Derand, the bass player Timothée Robert and the drummer Julien Sérié have developed for a long time this rare complicity which makes the strength of the formations which count. Sidemen among the most prominent of the French jazz scene, they have imposed themselves as essential elements before getting together for this project that they wanted without a leader and that they carry together.

In the hybrid universe of Coccolite, jazz melts into the grooves of hip-hop and the synthetic textures of electronic music. From this meeting of styles with multiple dimensions and limitless potential, the trio has drawn a sound of an unheard of kind, an unparalleled combination opening the way to new territories, on the borders of improvised music and film music. And if these three are formidable instrumentalists, they are above all storytellers, directors of stories to which samples and finely chiseled arrangements, irrigated with dizzying improvisations, give life. By turns dancing, spectacular and dreamy but always exciting, Coccolite's music lifts the veil on the captivating future of instrumental jazz.

Instantanés Vol. 2 is placed in an aesthetic of movements which approaches sometimes hip hop, sometimes contemporary. The research of a modularity in the choreographic frames, in resonance with the musical freedom of partly improvised matters, becomes the center of the research of the dancers Soa Ratsifandrihana and Aure Wachter.
The exchange between music and movements takes its source in the notions of improvisations and ornamentation, inherent to this music, notions of freedom that we find today under a completely different angle in the modern Arab musical tradition, a priori yet so far away temporally and geographically. A fluid space opens up where musical and choreographic bodies enter into dialogue, in resistance or in phase. The gestures are repeated and transformed, united as they are withdrawn. The dance anticipates, echoes before giving a completely different direction to the musical progressions. The choreographic structure is adjustable according to the space in which the instant is played, the choices of interpretation vary. The attention paid to the temporality of the gestures invites the musicians to listen to the dancers' proposals, and the concentration brought to each other's playing becomes the center of gravity of the project. From the solo to the sextet, the music of the bodies and the instruments take turns, creating a malleable and singular sound and visual fabric.