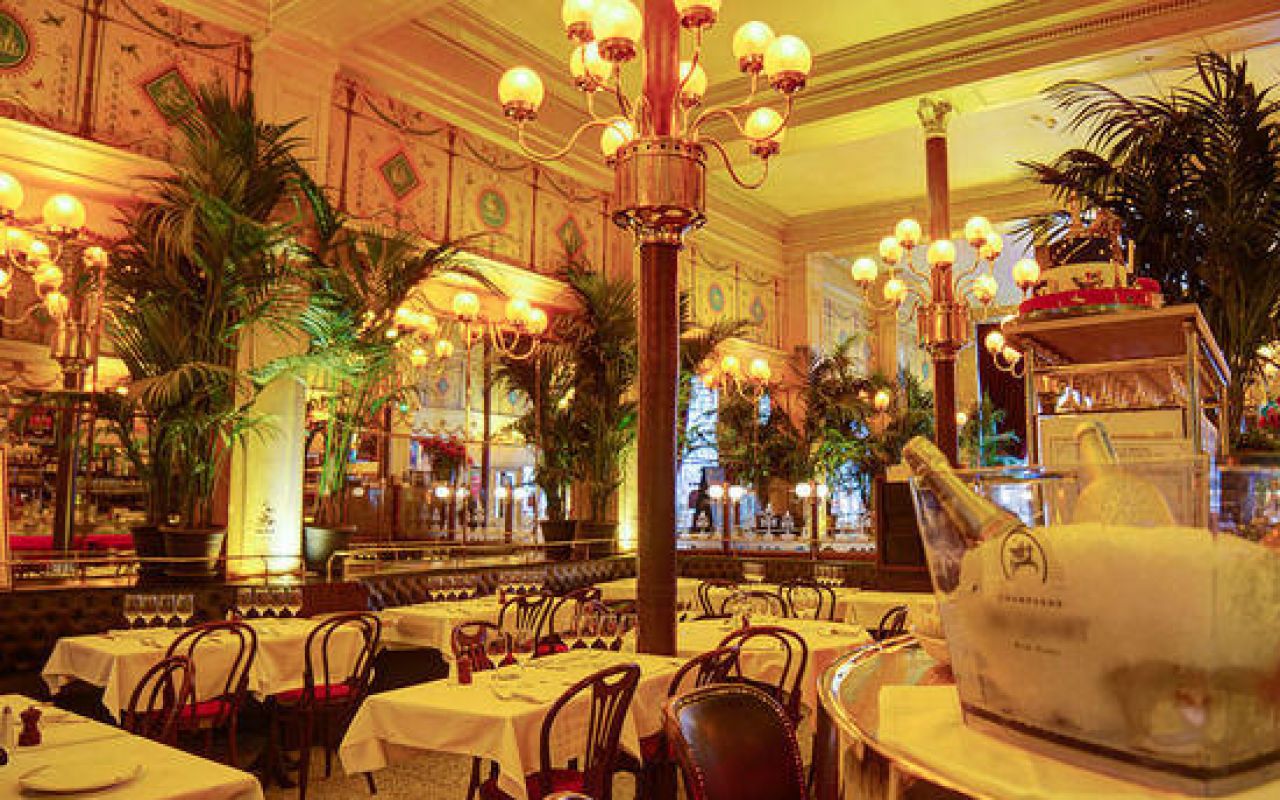 Originally, during its construction in 1637 commissioned by Guillaume Bautru, it was sold to Jean-Baptiste Colbert, the famous minister of Louis XIV in 1652, then to Philippe d'Orléans in 1719.

Under Louis-Philippe, a new store called "Au Grand Colbert" opened its doors. The name was kept until 1900 when it was transformed into a restaurant.

Until its closure a few years ago, it was one of the cheapest "bouillons" in the capital. Under the impetus of the Bibliothèque nationale de France, owner of the premises, it was renovated in all its original details in 1985 at the same time as the Colbert Gallery.

This large room, with its impressive architectural volume, features six-metre walls and remains, including sculpted pilasters. There are also Pompeian paintings and rare mosaics on the floor.

Today, completely renovated, Le Grand Colbert shines throughout the world for its unique setting and its quality cuisine.

From now on every Monday evening from 10pm Jazz takes its place at the Grand Colbert with the Jazz@colbert evenings!

An evening on the edge of jazz and soul for each of its editions! Come and enjoy and share a moment of pleasure for your senses!

Make way for live music in an exceptional setting!

No concerts found in the schedule of this place.