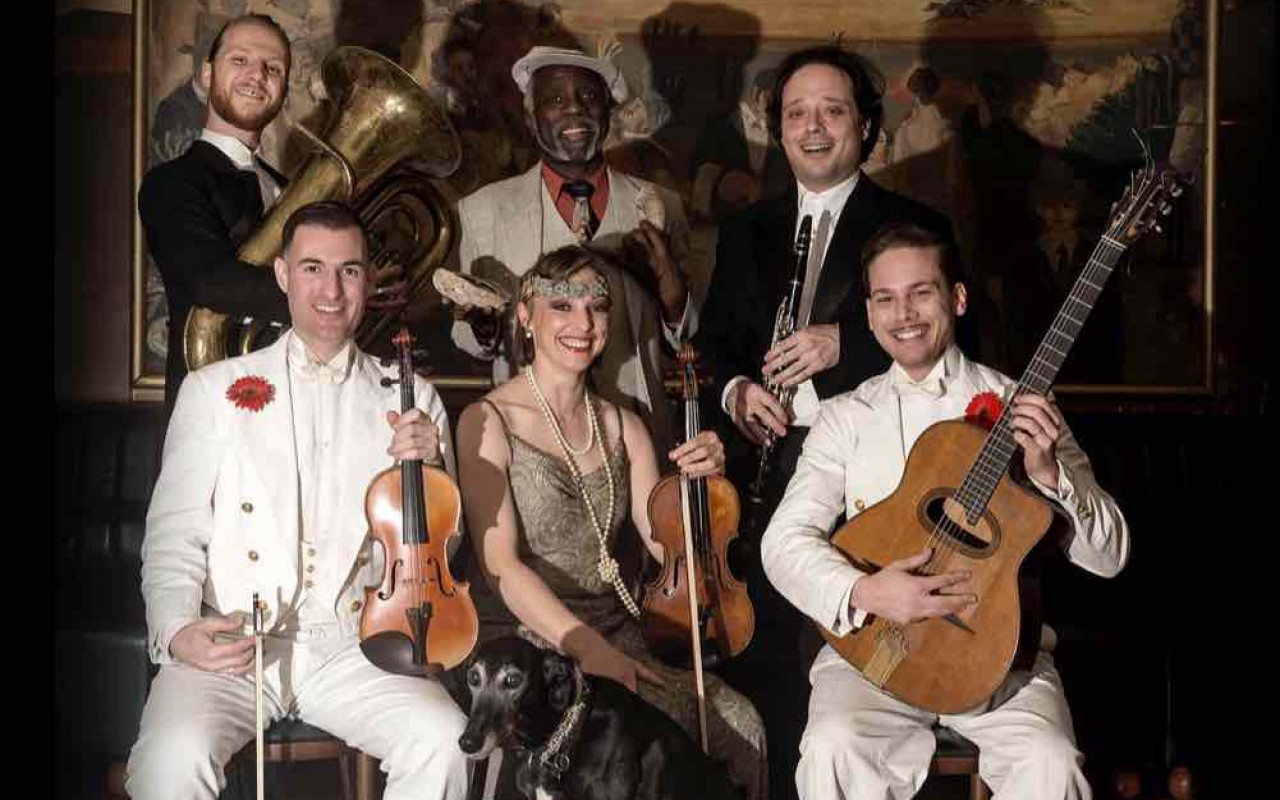 The turn of the 20th century in America saw a great flowering of popular songwriting, largely from Tin Pan Alley and Broadway. The songs often follow the same verse / chorus form and are mostly charming and sentimental in character. They are quickly popularized by the new 78 rpm. Some of them become forever linked to their most famous recording. The more a song is recorded, the more it is engraved in the collective memory.

The Great American Songbook is a collection of many of these popular American songs from the first half of the 20th century. It includes thousands of pieces, more or less known today, written by hundreds of composers, the best known of which are Irving Berlin, George Gershwin, Cole Porter, Fats Waller …

The Orchester Del Mar will play some of the jewels of the Songbook, such as Sweet Sue, Swanee River or Chinatown. It remains in the tradition of the orchestras of the 20s and 30s, like those of Duke Ellington or Paul Whiteman and of the small groups which accompanied the crooners like Bing Crosby and Rudy Vallée, whose arrangements were very sought after for their timbres and their melodies. The vocal refrains, carried by the enchanting voice of Mrs. Heather Stewart, respond to the rich passages of violins and clarinet. M. Meyer's stride piano, M. Dunayevsky's pomp and M. Barker's assured pulsation on the double bass create a rhythmic background which will make the most timid feet beat time. The evening will be hosted by the flight attendant, arranger and violinist, Mr. Delmer.

The Orchester Del Mar performs the jewels of American jazz from the 1920s and 1930s, the style of which was still germinating and where the music exuded a charming naivety. Jazz was popular music then, made to be sung and danced. The pieces are short, often less than 3 minutes to be recorded on period 78s, and varied in the image of dancers who love changes in rhythms. A time just long enough for the listener to enter this universe, just short enough not to get bored of it.

To stay in the tradition of the orchestras of the 20s and 30s, like those of Duke Ellington and Paul Whiteman, or those who accompanied crooners like Bing Crosby and Rudy Vallée, the arrangements of the group are very sought after in timbre and in melodies. The vocal refrains, carried by the enchanting voice of Heather Stewart, follow the harmonized melodies between the violins and the clarinet. The stride piano of Gwen Ollivier, the pomp of Duved Dunayevsky, one of the greatest interpreters of Django Reinhardt's lore, and the assured pulsation of Leigh Barker on bass create a rhythmic base that makes even the most timid feet dance.