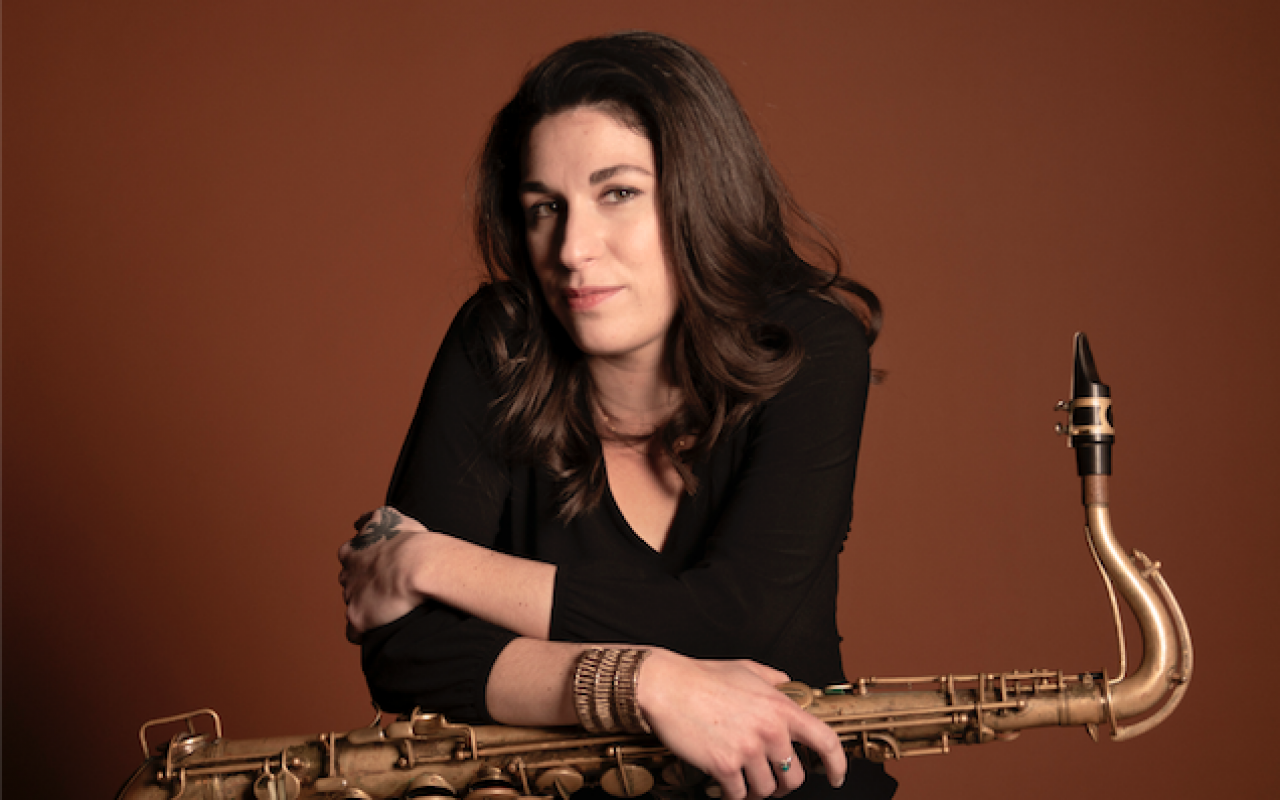 As part of the festival: Soirée Showcases Jazz Sur Seine 2022
More info about this festival
Share Tweet
After trips to New-Yord and Cuba and inspiring human encounters, Jeanne Michard concretize her desire to form her own solo project et to imagine a repertoire that feature jazz, latino music and afro-caribbean music.

Her compositions are deeply influenced by 40's bebop jazz. Initially, she wanted to perpetuate the work of Dizzy Gillespie with Chano Pozo, Orlando Macara on their album "Afro-cuban jazz project".

She is surrounded by Clément Simon on Piano, Maurizio Congiu on doublebass and Natasha Rogers/Pedro Barrios on drums for a first album "Songes transatlantiques" in wich drums and melodies have a real dialog that reminds us of tradionnal jazz.

This particular groove is led by a brilliant drums duo that carry the melodies and the songs to their best.

Those tracks take to us to world of dreams and fantasies.
Jeanne Michard _ Ténor Saxophone