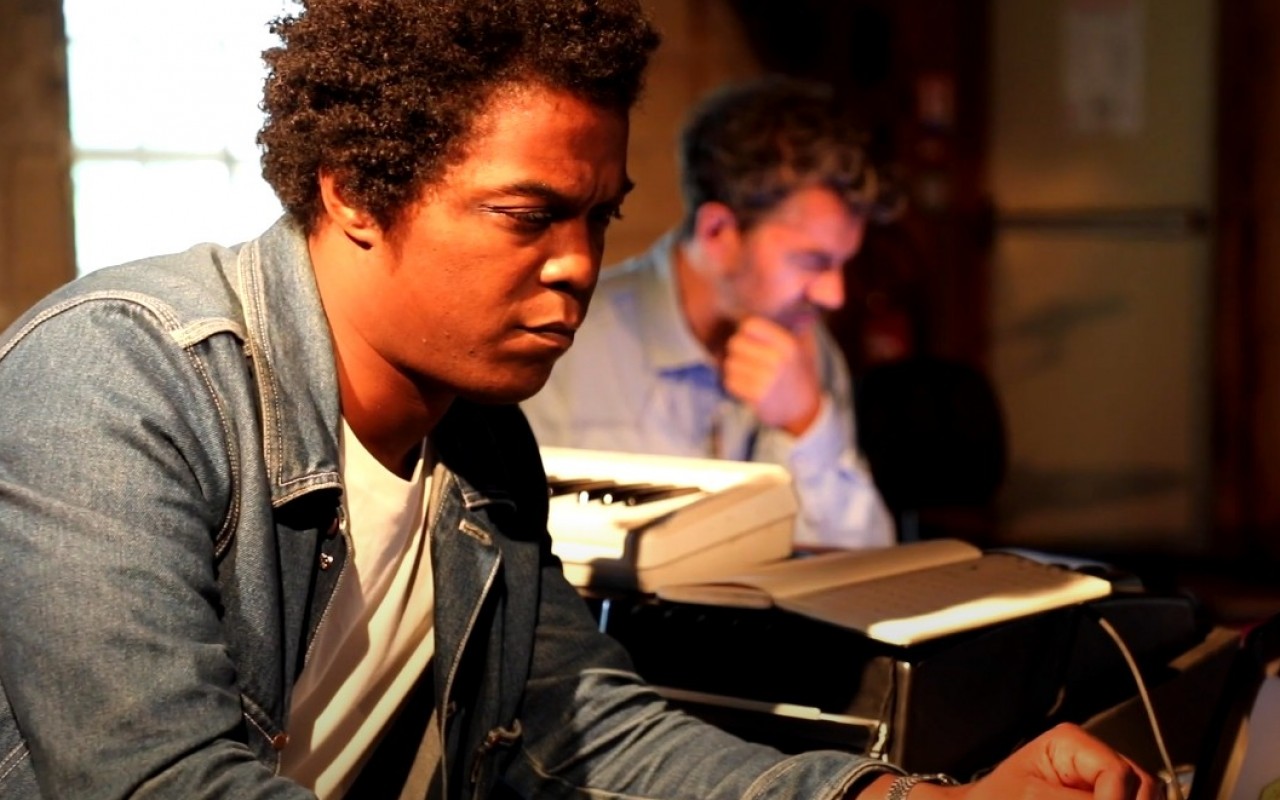 Jocelyn Mienniel, Christophe Chassol, Mike Ladd and Mathieu Edouard. A quartet of shocks has come together to revisit on stage all the music and sounds of the "counter-culture", from Neil Young to Kurt Cobain. In a setting imagined by the great visual artist Xavier Veilhan, this project brilliantly celebrates non-conformism and freedom!

"... It's better to burn out than to fade away". Based on an original idea by flautist and composer Jocelyn Mienniel, the words of this Neil Young song, found in Kurt Cobain's suicide note, could be the leitmotif of the fiction imagined by Amaury Chardeau, producer of the Juke-Box programme, which traces contemporary history in music. The soundtrack of an imaginary film is played in a stage setting created with the collaboration of the artist Xavier Veilhan: one night, at a party among strangers, a man realises that, for want of an ideal, humanity is running to its doom. How can he save his skin in this inextinguishable flight forward, this frantic search for ephemeral pleasure? Against the backdrop of a soundtrack made from samples and sound archives, Jocelyn Mienniel invites Chassol to cross their influences, borrowing from different non-conformist musical currents, to imagine a new language. Around them, the American poet and rapper Mike Ladd and the drummer Mathieu Edouard enter into a dialogue with a gallery of unusual characters in a devastating party atmosphere.