Nuru Kane At The Melville 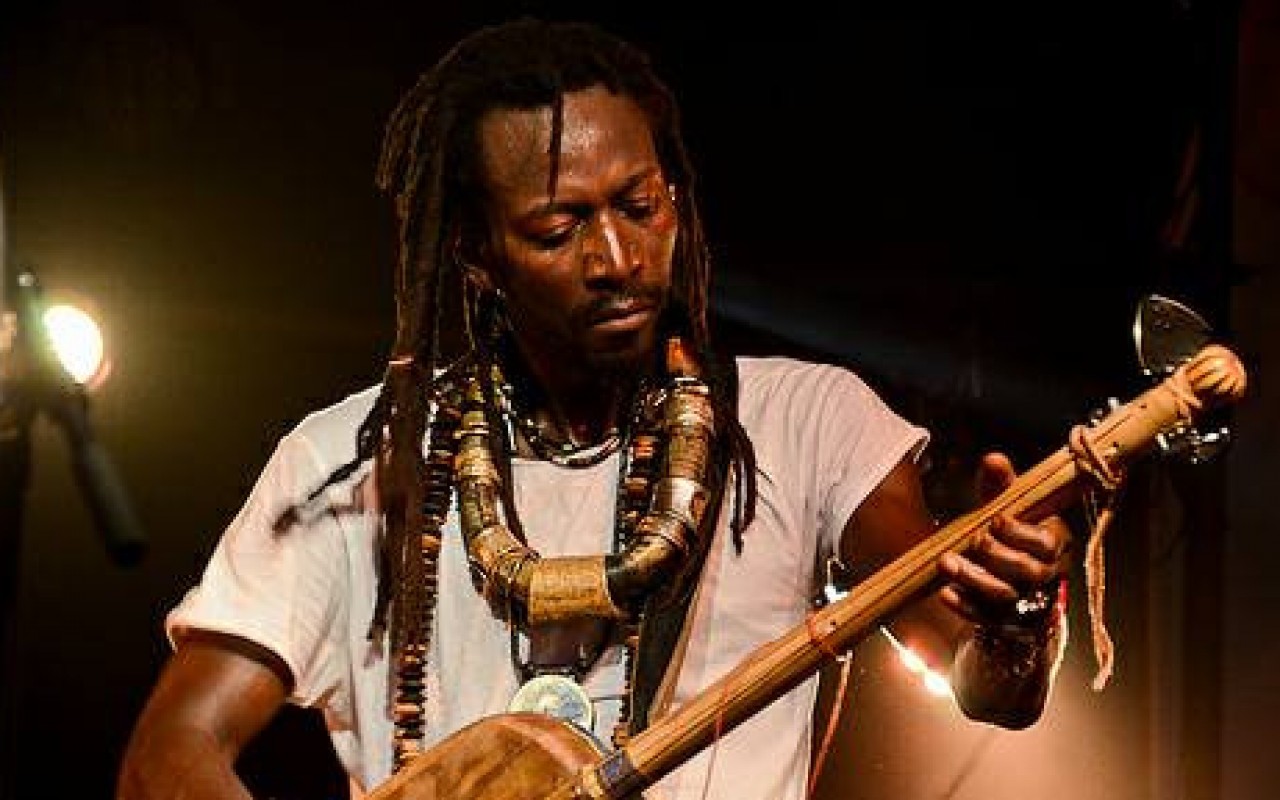 Nuru Kane is a Senegalese musician who belongs to the Sufi brotherhood of Bayefall. His songs are inspired by the philosophy of the great spiritual master Cheikh Amadou Bamba who taught fervor and tolerance. He has accompanied in his country, many musicians and directors of West Africa (Mamadou Kante, Brikamer, Dooma Africa troop ...), and created his own afro-beat formation influenced by the Xin Bayefall, as a composer, guitarist and singer-lead (the Nixma Ridiale or "Adventurers"). A tireless composer, he has never stopped performing his own creations in public, accompanied by musicians from Europe, Black Africa or the Maghreb. Driven by his spirit of openness, Nuru naturally became interested in other music from the African continent, particularly that of the Gnawas of Morocco. It is on this occasion that he was initiated to the Guimbri: the traditional bass inherited from instruments such as the xalam or the n'goni carried by the black slaves in their exodus. Today Nuru Kane is surrounded by a Malian musician (Makan Sissoko) playing tama and n'goni and a French musician (Thierry Fournel) playing Oud, guitar and n'goni to create the project Bayefall Gnawa.