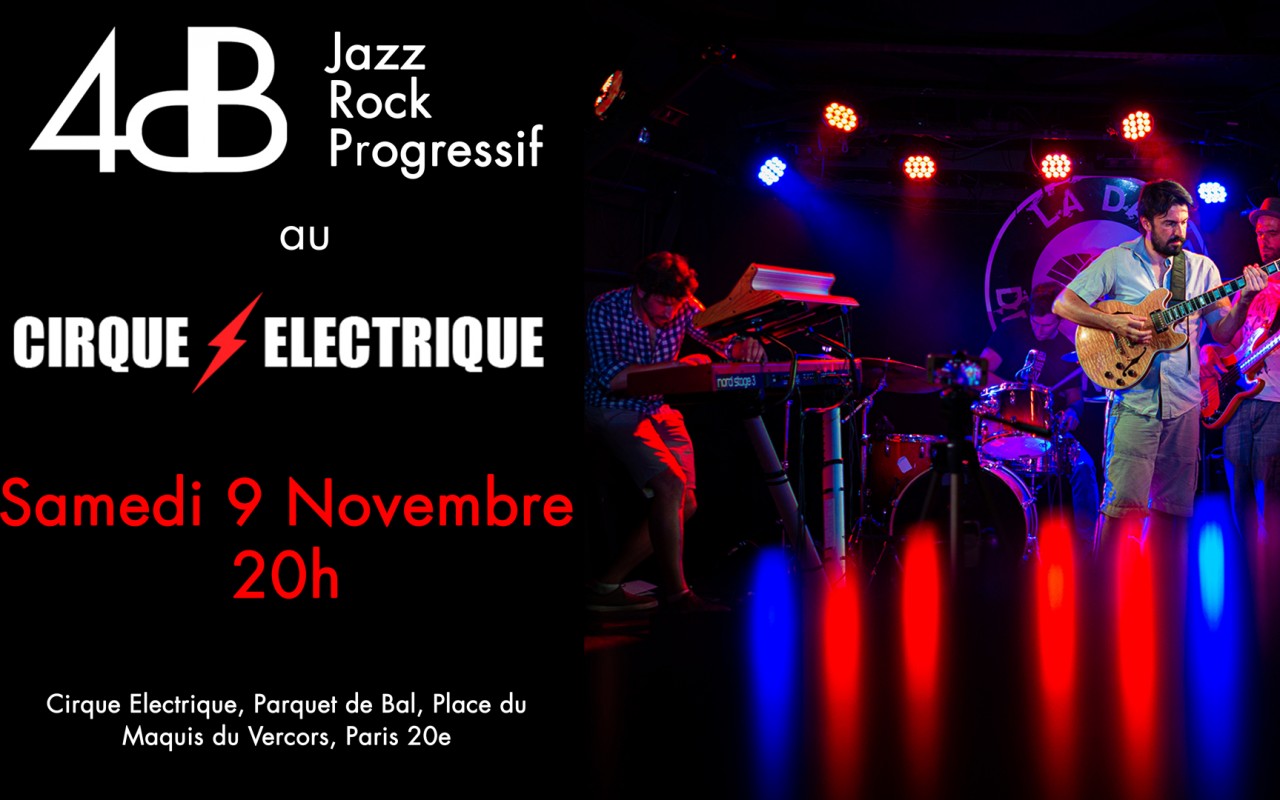 4dB is a current group of Progressive jazz-rock. At the instigation of the guitarist and composer Damien BOUREAU, the quartet established in 2013. These four musicians stemming from the new parisian jazz scene distil a jubilant music, which merges the jazz, the rock, the pop or the musics of the world. Every title is an invitation to travel through a universe rich in references and colors. The 4dB offers a singular music, which combines the richness of a writing nourished by the influences of each member of the group and the freedom of improvisation.

Their new album, Animal definitely sets the foundation of 4dB’s progressive jazz rock. This new album is a concept one, where each member of the group brings his own approach to music, with an ambitious but still creative studio production. Constellation of soundscapes, the album takes also a graphic shape, with a singular visual identity, appearing on the CD but especially in a limited vinyl edition that will be released at the end of the year with a special graphic extension.