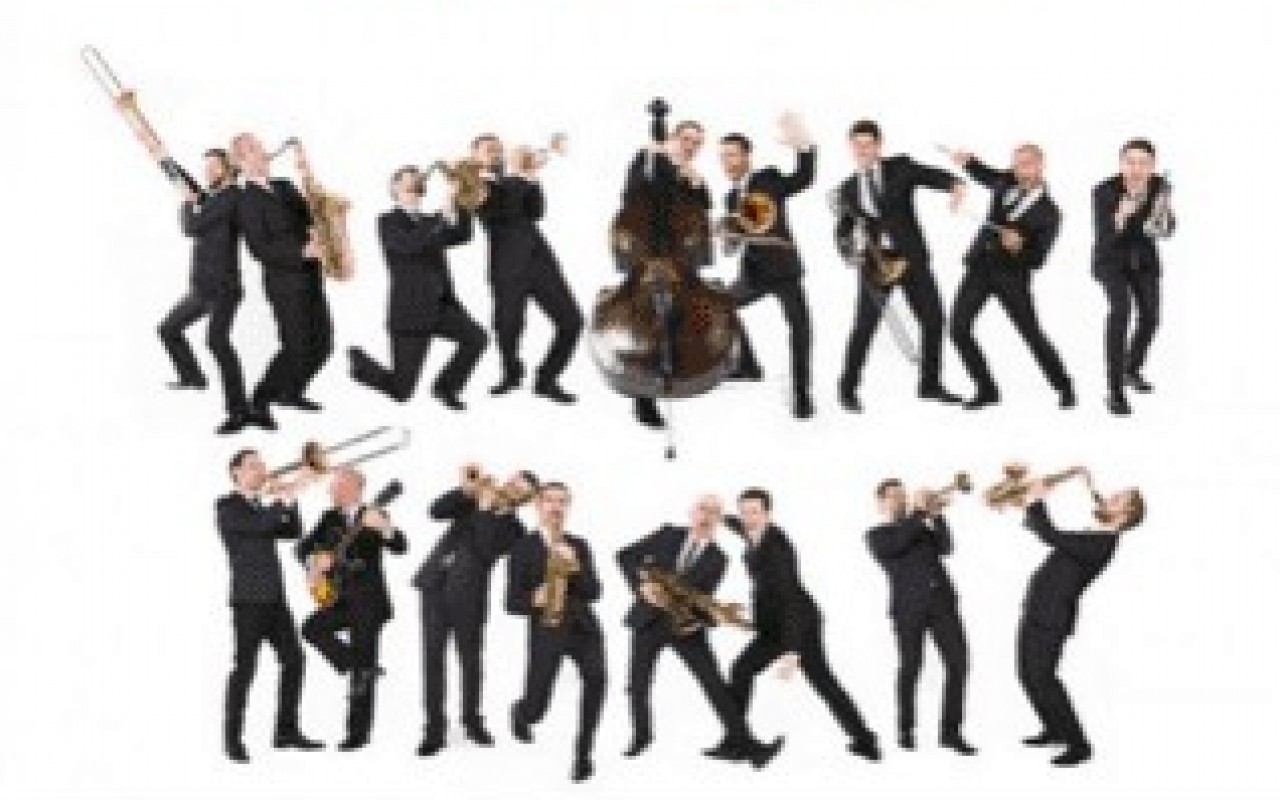 Django Reinhardt in large orchestra
After the success of their adaptations of “Pierre et le Loup… Et le Jazz!” and «Carnaval Jazz des Animaux», the 17 musicians of The Amazing Keystone Big Band, directed by Bastien Ballaz, Jon Boutellier, Fred Nardin and David Enhco continue their adventure so that young and adult audiences discover jazz in all its expressions.

This time, they come back with a project focused on the legendary personality of Django Reinhardt – Django E X T E N D E D – in which they interpret in their own way the greatest hits of the famous guitarist.

The Amazing Keystone Big Band produces an explosive and unprecedented show that takes Django’s music to a new level: the big orchestra!

Created in 2010, and the bubbling Amazing Keystone Big Band expresses both the spirit, the soul of the great bands of the swing-king era, and the inventiveness, openness, insolent virtuosity of today’s jazz.

Accomplices since the Conservatoire, pianist Fred Nardin, saxophonist Jon Boutellier, trombonist Bastien Ballaz and trumpeter David Enhco provide the direction and arrangements of the orchestra.
The 17 players who dance behind the desks of this turbulent jazz machine are not satisfied with allegiance, with class, to Count Basie, Duke Ellington or Thad Jones. Above all, they consider that this hand-picked band of friends allows them to experiment with new ideas, while revisiting the pearls of an unsinkable repertoire.

The Amazing Keystone Big Band perpetuates this undulating music while giving free rein to the creativity of its musicians, their arrangements, compositions, and soli.

These young people are not strangers:

“Django Extended, Django’s compositions in majesty.”
What’s amazing is the fantastic quality of the Amazing Keystone Big Band. The orchestral masses, the writing, the breadth, give a new dimension to this music. The troupe enters into a trance by dancing, which since Jacques Prévert is called transcendence.”