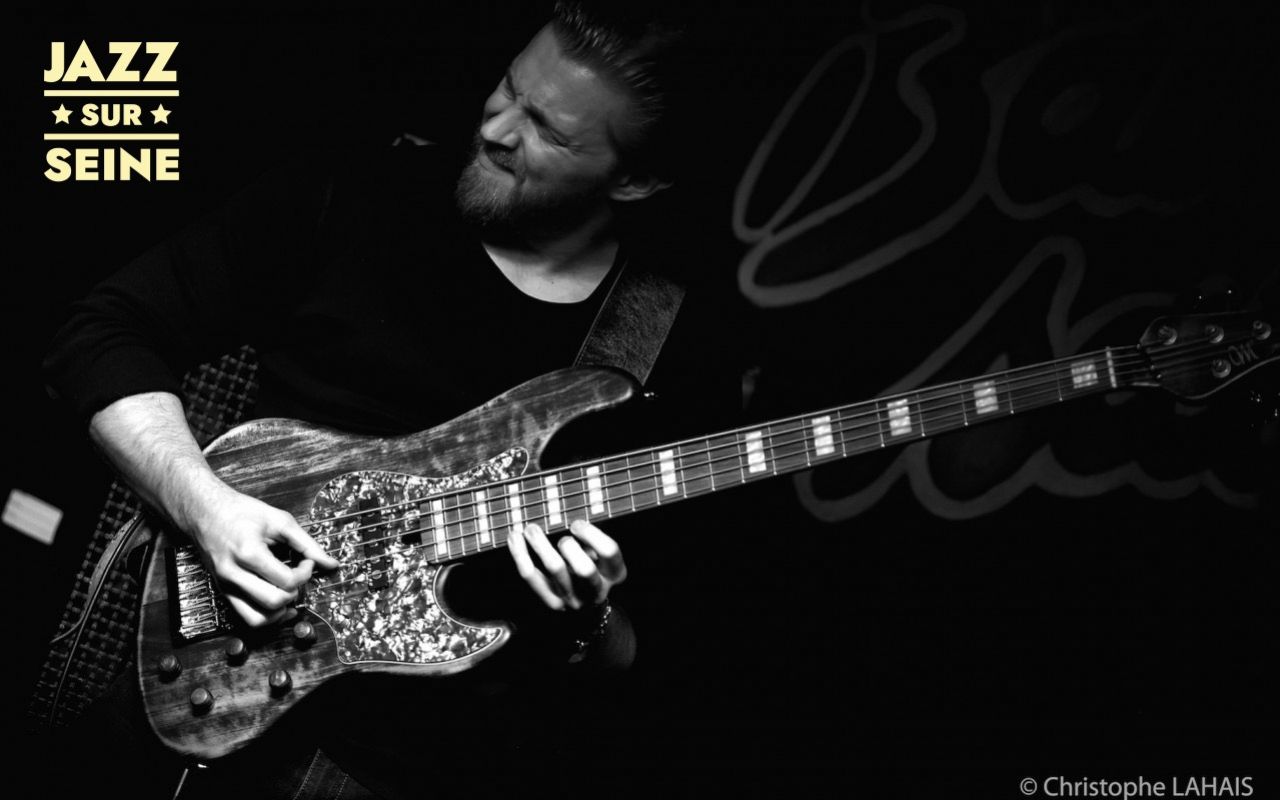 This time, he invites the Hungarian drummer GergoBorlai and the young Swiss accordionist Anatole Muster.

With his breathtaking solos and flamboyant playing, GergoBorlaia performed on over 400 albums. In 2009, he and Hadrien meet and start playing together. We also find Gergos on Hadrian's Born in the 80's record. Both in Los Angeles, they collaborated alongside Frank Gambaleet Scott Kinsey in particular.

Admiring his spectacular playing, his technique, his versatility and his musicality, Hadrien invites him to 3 days of original concerts alongside the young Swiss accordionist but just as breathtaking Anatole Muster. Barely 20 years old, he has already received praise from musicians and fans. His unique approach to modern jazz was featured by Jamie Cullum on his BBC 2 radio show and had him collaborate with heavyweights in the genre like Tennyson, Kiefer or Daniel Hayn.

Attention geniuses! An unprecedented encounter on the Baiser Salé stage to launch the 10th edition of the Jazz-sur-Seine Festival.