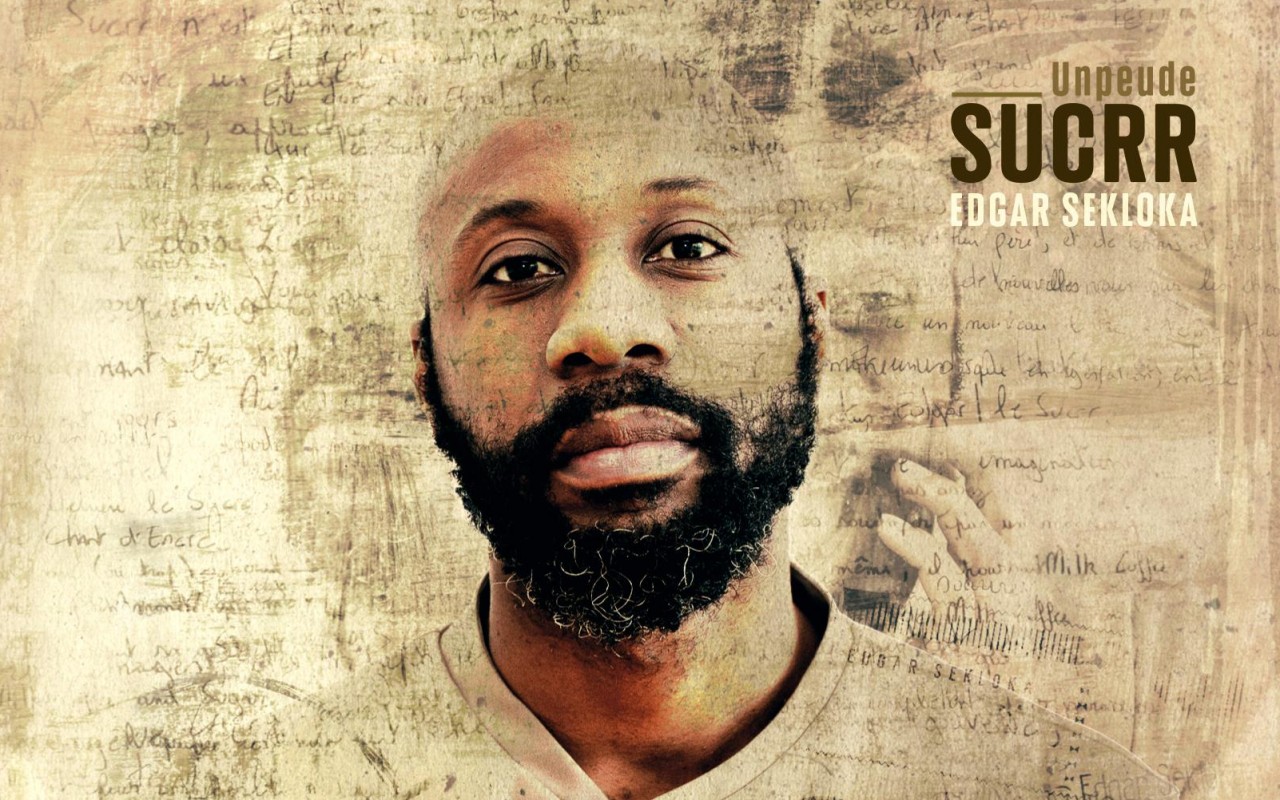 "Un peu de Sucrr": An intro dedicated to his son, followed by twelve slamming tracks for this first real album "Un peu de Sucrr" by Edgar Sekloka, urban poet who had made his debut alongside Gaël Faye in Milk Coffee and Sugar. Twelve titles that shake our convictions, play with our emotions, transport us here or there to elsewhere.

In Edgar's flow, sugar becomes honey. Twelve tracks that ring like the hours of a clock, punctuating time with each piece, in which Edgar declines his rhymes, intoxicates us with his verses, imposes himself in his prose, between emotions on the edge of tempo and slam à l ' soul where humor meets love, tenderness mingles with fairyland, the imagination transcends reality, rebellion arouses hope.

Dreamlike or melancholy walks, tribal blues, a touch of Latin and reggae, Afrorock riffs and a little bit of jazz, the album's musical palette is more than varied, sometimes surprising, never boring, always catchy. Accompanied by Koto Brawa on drums, vocals and percussion, Jean-Baptiste Meyer Bisch on guitar and Philippe Miller on piano and arrangements, Edgar has surrounded himself with many guests who appear on his album such as Ëda Diaz, Ange Fandoh , Amina Mezaache "Sonicflute" as well as musicians from the Conservatory of the city of Gennevilliers for sections of brass and strings.

Combining verb and sound, Edgar learned the lesson well. In the tradition of a Solaar or an Oxmo Puccino, Mc Edgar follows in the footsteps of those who preceded him and knew how to give their titles of nobility to a certain French rap which took over from the chansonniers of yesteryear. . Sure he is not ready to move from there, now that through this album he is totally asserting himself, while keeping his child's soul. Because in the end all we need is just a little sugar to soften our lives and join Edgar in the dance.
Listening link: https://edgarsekloka.com

With hip-hop as a thread, Titouan (music) & Alex (dance) come to tell us about their world, its constraints and its possibilities.
Symbols of a determined generation evolving in a society in crisis, their breaths and their bodies are two sides of the same anger, the same hope.

During this choreographed journey invites a jazz tinged with African, Balkan and oriental colors. The transverse flute flirting with the beatbox, and the muffled tone of the clarinet match the rhythms of the machines, the impulses of the dance. A new genre of Hip-hop transporting its audience off the beaten track.