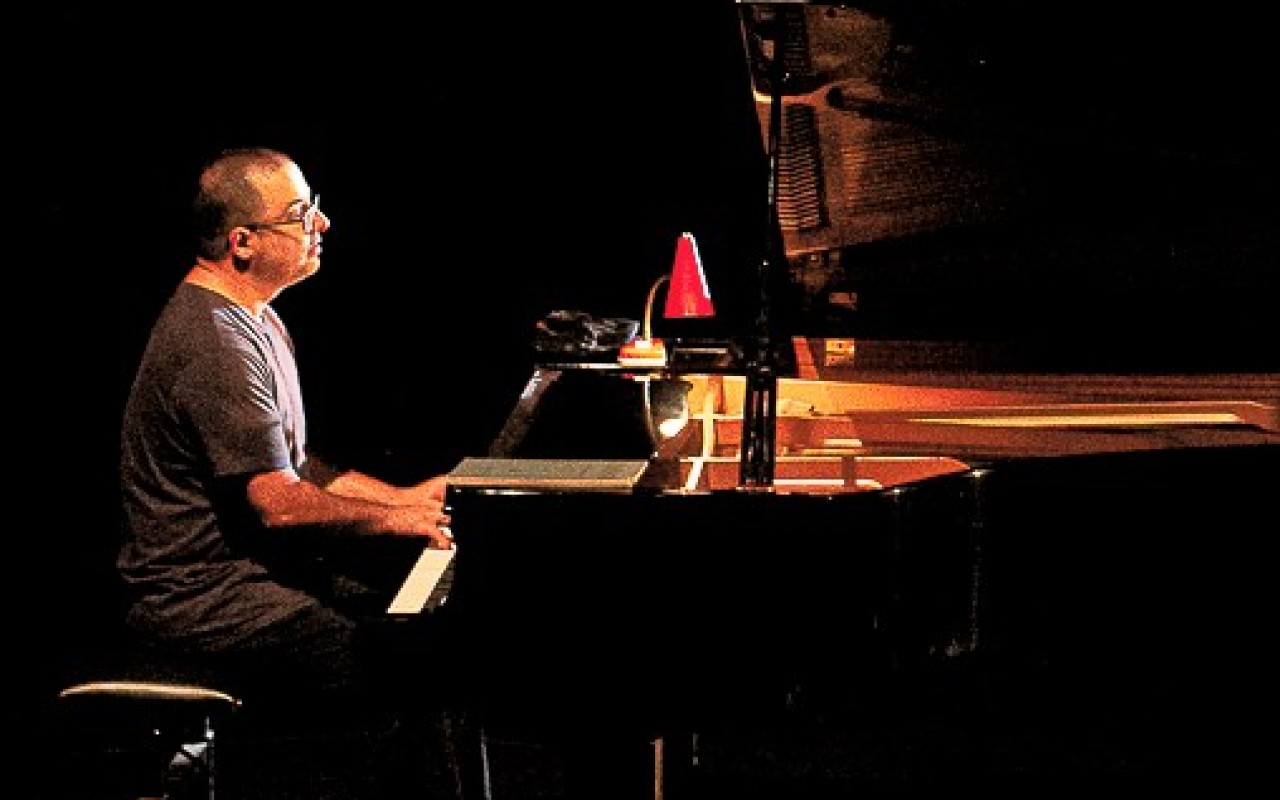 A sought-after pianist on the international jazz scene and a regular companion of trumpeter Avishai Cohen and double bass player Omer Avital, Yonathan Avishaï has made delicacy his trademark.

Foreign Musician of the Year 2019 for "Jazz Magazine", the most French of Israeli virtuosos, is a true narrator who, one could say, writes the silences and frees the melody.

In 2019 he recorded two albums for the prestigious label ECM Records, "Joys and Solitudes" in trio and "Playing The Room" in duet with Avishai Cohen, confirming his taste for elegance and a certain simplicity.

It is alone on stage that he presents himself this time, a scene that is not only a space where he performs but a place where different art forms that are dear to him and which inspire him coexist. Conceived as a real staging of his compositions but also of their interpretation, “Pianist” gives voice to a musician in the intimacy of his dialogue with his instrument, shows what we generally do not see, illuminates the intervals that 'he particularly likes and loves to stretch to offer a new abundance to his music, that of a serious lightness. There is a fragility at work here, a fragility that is not hidden but which, on the contrary, is shared and unfolded.

And then there are texts that fit into this encounter between his music and the stage space. Texts by Yonathan Avishaï but also others that particularly touch him. Direct addresses to the public, readings aloud, words covered with piano. Because "Pianist" is also a form of speaking for the discreet instrumentalist, a way to engage in a more direct conversation with the world. How much latitude does a pianist have? What to do with his feeling of helplessness in the face of suffering? How does creation make it possible to reconcile emotion and action? Between universal questions that could not be more current but also eternal as much as personal, the pianist reveals the man behind the piano but perhaps also the pianist in each of us.