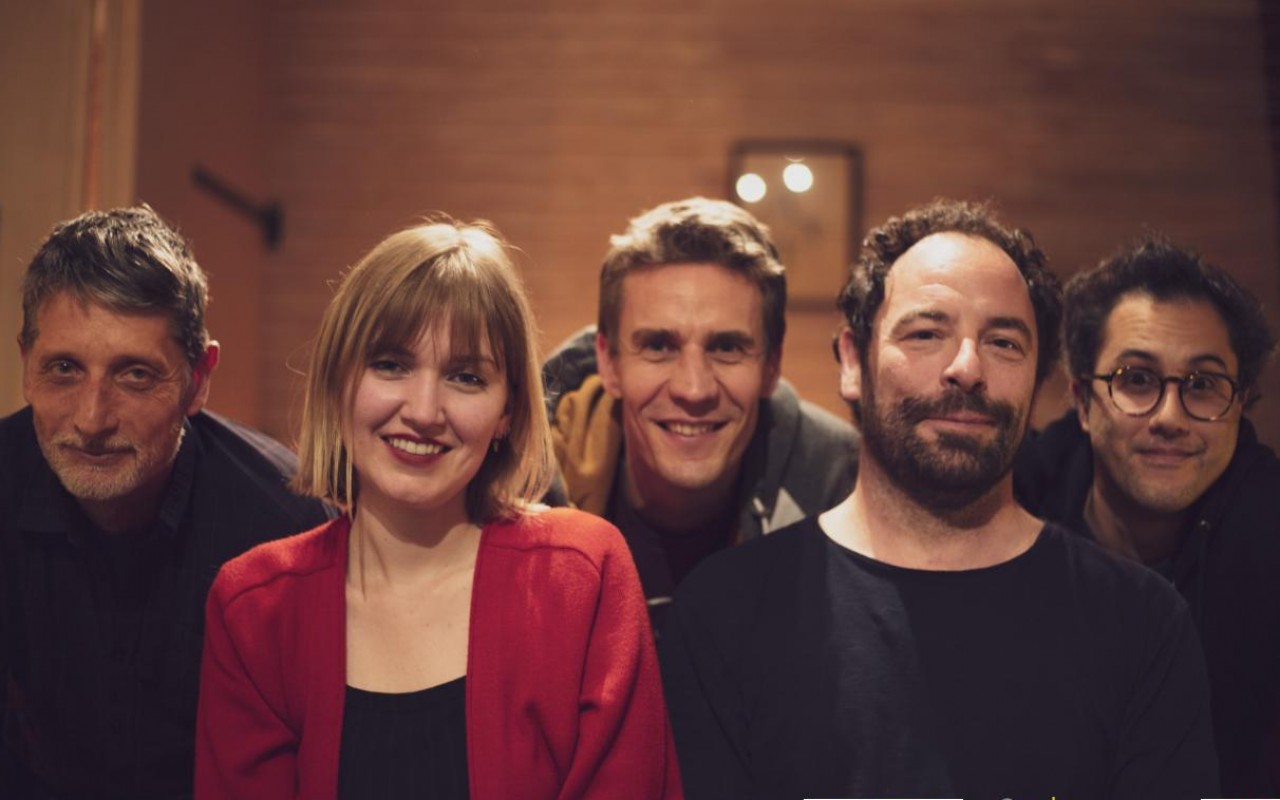 A new project, a new group, like the urgency of warding off the fate of a particular era and looking far ahead. Christophe LELOIL imagines the OpenMindeD according to the strong collaborations which punctuate an abundant artistic life, and a musical direction which does not bother with boxes: the music of OpenMindeD stirs up the sounds and the influences, the composers and metrics, harmonic gestures and tempos ...

Built around the unique guitaristic ways of Andrew Sudhibhasilp, the repertoire benefits from the masterful drumming of Cedrick Bec and the deep inspiration of bassist Pierre Fenichel. Based in Marseille since the early 2000s, Christophe had the opportunity to build unique and deep interplay relationships with these exceptional musicians. As proof Cedrick was the drummer of the sextet ECHOES (the Ajmiséries album in 2009 had aroused enthusiasm and allowed the group, also including Raphaël Imbert or Thomas Savy, to deepen the original repertoire during a beautiful tour); Pierre is the bassist of the project Les 4 vents (eponymous album in 2019 at Laborie Jazz) whose 4 members (Fenichel, LeLoiL, Perrine Mansuy and Fred Pasqua) are also all composers.

LeLoiL's virtuoso trumpet, which has been showing off its padded sound in the European jazz scene for several decades (see its bio collaborations), offers itself in this context the opportunity for an inhabited dialogue with the diaphanous voice of the mesmerizing singer Julia Minkin. Everything in the texts she writes and carries invokes Chicago, her hometown and heart. It was during a series of trio concerts with Andrew that the idea of ​​crossing words and stamps with Julia became evident.

Like a powerful and inspired collective, each here is a composer, arranger, organizer of sounds, and offers distinct directions in the development of music, contributing to the variety of melodies, climates, for a magnetic experience.