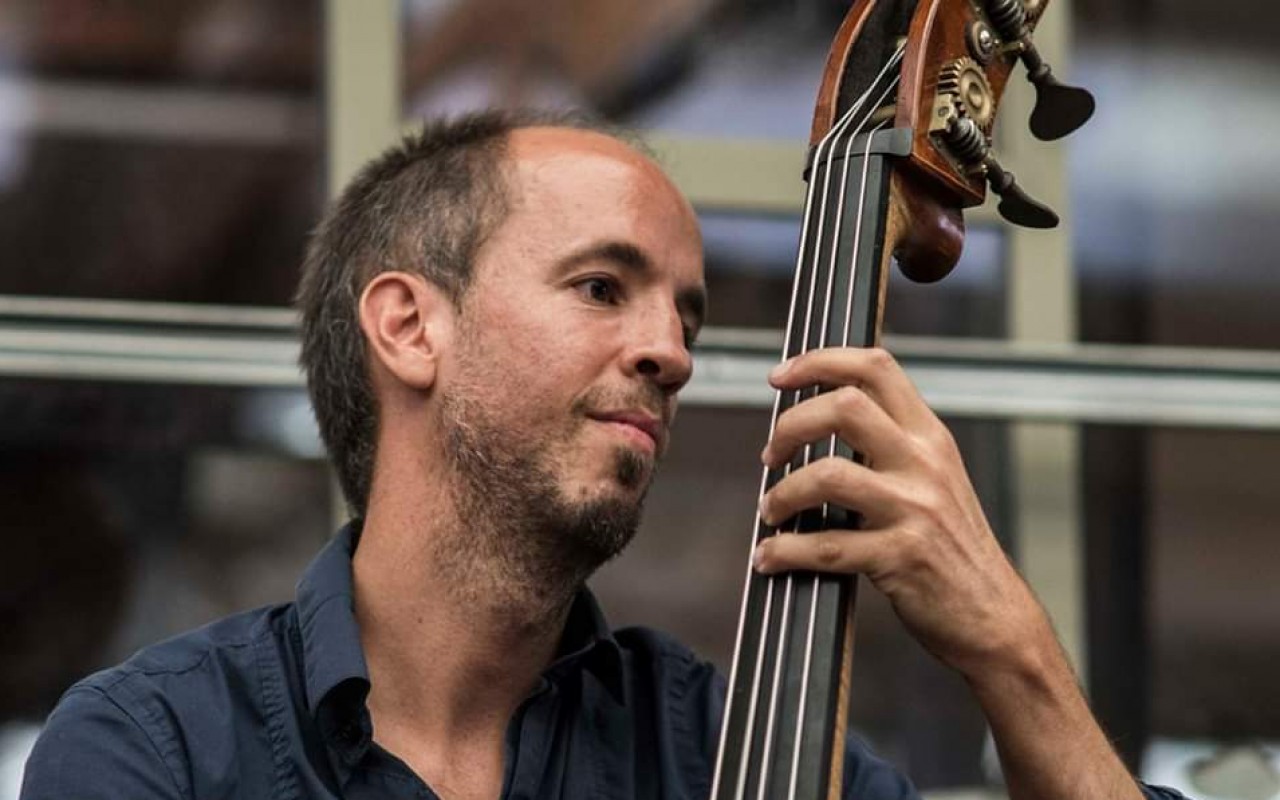 For the continuation of his duo experiments, Thomas Julienne invites one of the best French accordionists: Laurent Derache. He has collaborated with Sanseverino, Art Mengo and André Minvielle. A musician without borders, he shows great sensitivity and unfailing harmonic and melodic inventiveness. The repertoire mixes impressionist compositions, covers of songs (such as Day is Done by Nick Drake) and jazz standards. The two friends explore the multiplicity of timbres of their instruments, it grooves, it waltzes, it explores, it's alive! A colorful concert full of liveliness and elegance.

Bassist by training, composer, arranger… but above all an eclectic and curious musician, the musical interests of Thomas Julienne are numerous. He is interested in classical music as well as Arabic music, rock and electronic music... Today, he is at the head of the OrchidJazz Ensemble, the big band of the Déluge collective, and on the double bass in multiple projects (Claude, PanoramicProject, Tribute to Radiohead, reQ, UHT and United Fools)... also illustrates as a composer with his latest album, Theoremof joy, a dreamlike project, mixing North African and post-rock sounds.

Created in 2012, the #JazzDeDemain niche gave birth to a series of monthly and bimonthly residencies, allowing young artists to experience the stage, to prowl a repertoire, while presenting it to the public. A promising and buoyant niche where creativity and emulsion have no limit. #BeCurious!