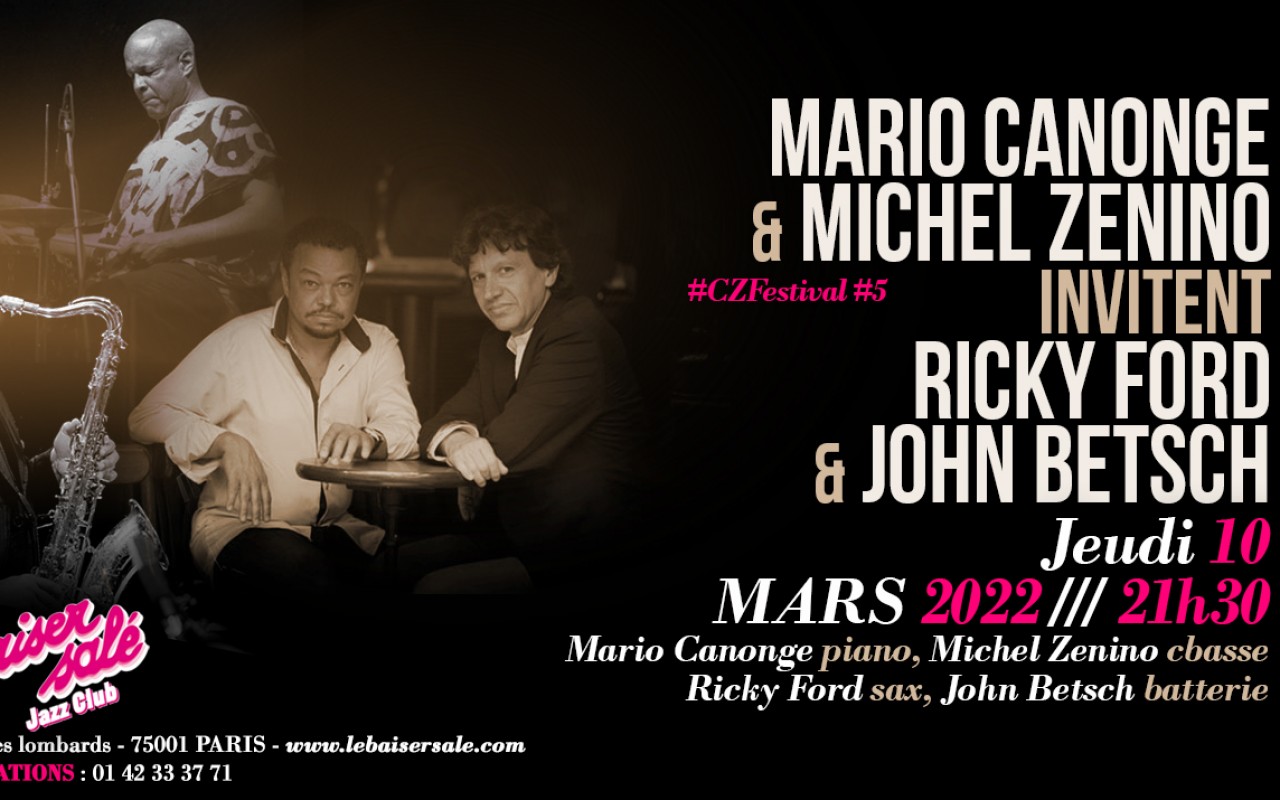 As part of the festival: #CZ5 - CANONGE / ZENINO MAKE THEIR FESTIVAL ...
More info about this festival
Share Tweet

5th edition of a Festival where music, distinguished guests and exhilarating meetings are mixed, the CZ was born from the residence of the telepathic duo Mario Canonge and Michel Zenino! For more than 16 years, the pianist and bassist have been revisiting jazz standards every Wednesday on the Baiser Salé stage. The idea of a festival emerged 6 years ago… CZ for Canonge/Zenino, one of the greatest representatives of Caribbean music, joining forces with one of the greatest teachers, distinguished bassist and arranger… On this occasion, the duo makes great jazz names suitable for surprising musical encounters!
Tonight – hang in there – the line-up makes you dream: Ricky Ford and John Betsch join the duo! American saxophonist Ricky Ford played alongside Sonny Rollins, then Mc Coy Tyner, Yusef Lateef, Betty Carter and Rhoda Scott to name a few. A complete artist, he recorded about twenty albums as a leader, a prolific creator, who was no less educational: he arranged and directed Big Bands, drawing inspiration in particular from Mingus. He also taught between 2000 and 2006 at Istanbul Bilgi University.
John Betsch was born into a family of musicians, his play is inspired in particular by Max Roach (Dizzy Gillepsie, Miles Davis, Abbey Lincoln) who was his teacher. He settled in Paris gradually from 1985 and joined Steve Lacy’s project, which Ford also accompanied! In 2019, he plays again with his project, of which he is the leader, the John Betsch Society, gathering among others Pierrick Menuau, Duylinh Nguyen and Nicolas Rousserie.
An evening with US accents, an exclusive quartet!