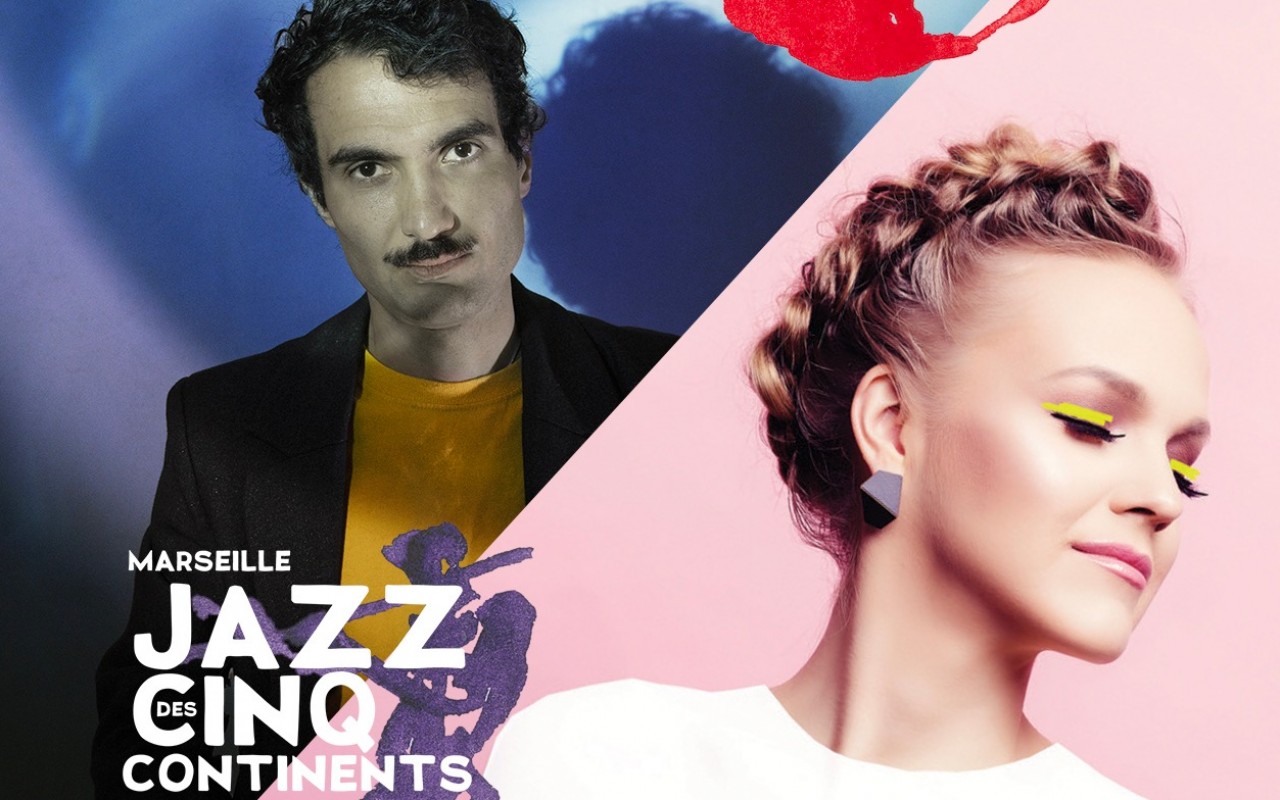 Without doubt one of the greatest jazz pianists to emerge in the last twenty years. But not only that. For Tigran Hamasyan's roots are steeped in all sorts of heritages: family with Armenian folklore that later led him to sacred music, a taste for rock that took him to trash metal, and jazz. All this makes for a unique artist, offering intense sonic journeys, which, on stage, take on a new life. Fascinating.

With Kadri Voorand, we discover Baltic jazz. Jazz from the cold, Nordic ballads, traditional polyphonic songs, free jazz in the image of Kadri Voorand, an astonishing pianist, composer and singer, capable of infernal scats and extreme delicacy. Kadri Voorand is like no other.

The University of Gnawa was born in a café in the 20th arrondissement of Paris, sealing the meeting between the Moroccan musician Aziz Sahmaoui and the Senegalese bassist Alune Wade, who offer an original fusion of chââbi, Gnawa rock, Berber songs and free jazz. Carrying poetic or political messages or political messages, the University of Gnawa has only one goal: to dance.

Natalia M. King has an irresistible fervour and thirst for sharing as soon as she starts to sing on stage. This Parisian from Brooklyn has chosen the safest vehicle for conveying raw emotions: she has opted for the blues. She has chosen the blues, the blues of her elders and her own blues, well tempered after years of wandering, hardships, encounters and opening up to the world. A blues of today, almost fighting. Magnificent.