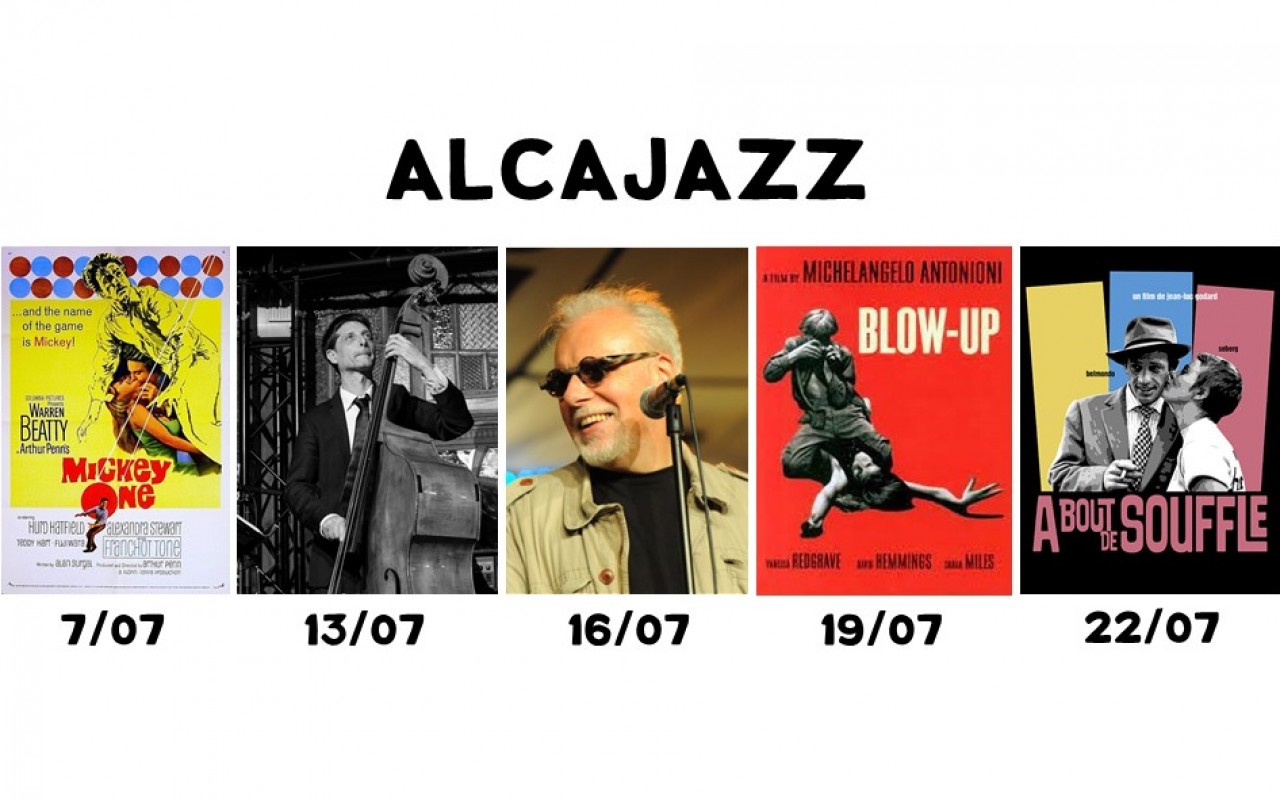 "MICKEY ONE" by Arthur Penn

After escaping from the mafia, a comic actor leaves Detroit for Chicago. But he still fears that his enemies will flush him out...

Screening followed by a meeting with saxophonist Sylvain Rifflet, author of the album "Remember Stan Getz".

In a London park, a young photographer surprises what he thinks is a couple of lovers. He discovers on the film a hand holding a gun and a body lying in the bushes...

Marseille, a Tuesday morning. Michel Poiccard steals a U.S. Army car and takes the main road to Paris. Annoyed by a 2CV that doesn't dare pass a truck, Michel overtakes it in the middle of a curve and is chased by a motorcyclist. Panicked, he shoots the policeman with a revolver and flees. The next day, upon arriving in Paris, Michel finds a young American student, Patricia, with whom he is having an open love affair. She wants to become a journalist and, in order to finance her studies at the Sorbonne, sells the New York Herald Tribune on the Champs-Élysées